AirDroid 4.0 revamps its interface and improves the sending of files between users 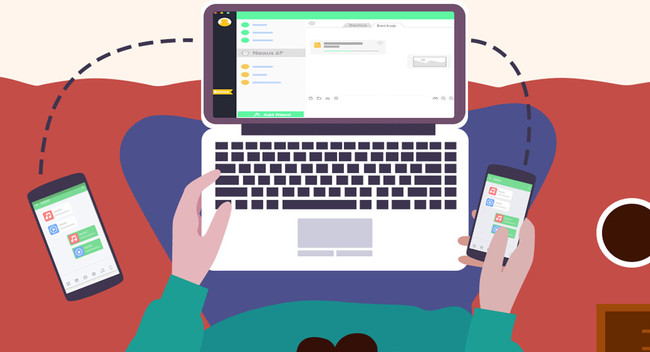 Until there is an official system to make a bridge between Android and other operating systems (will there be a day?) AirDroid is one of the best applications to do this. With it you can see the photos of the mobile from the PC, without cables, control your mobile remotely, make backups, screen recording and much more.

After many years on the stage it is normal that the added features have been coupling where it best fit, making inevitable a reorganization of the interface. This major update to 4.0 is very focused on that, reimaginar the interface and rebuild it from scratch, focused on usability, and making use of the latest trends in interface design as the bottom navigation bar.

The interface of AirDroid in their latest versions was not much less ugly. As much could seem minimalist, as it was basically a single screen that they were stacking the icons with the different tools available: file transfer, backup, find phone, record screen and so many others.

This changes radically in AirDroid 4.0, which now has three tabs and three buttons for navigation below it. Instead of receiving an overdose of icons, now you get a smaller and more digestible display of information. These are the tabs: 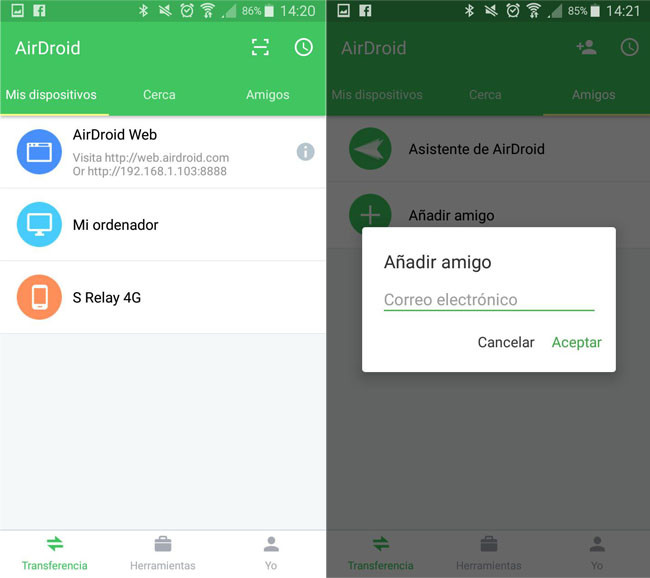 For its part, the bottom bar provides quick access to three other sections. Are the following: 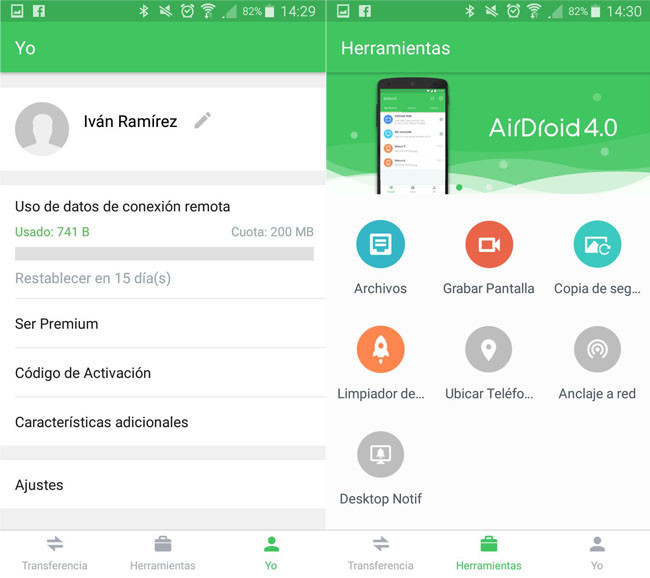 The change in aesthetic is complete with a new logo, which was once a paper airplane and now what remains but in a rather more stylized and personally reminds me of a button send message, reversed.

AirDroid lets you from a long time ago to send files to nearby devices, but now you can also send files even without the need of Internet connection. What you do need is that the other person has installed also AirDroid, but I can send a quick message to install it quickly (for this if you need Internet, of course). 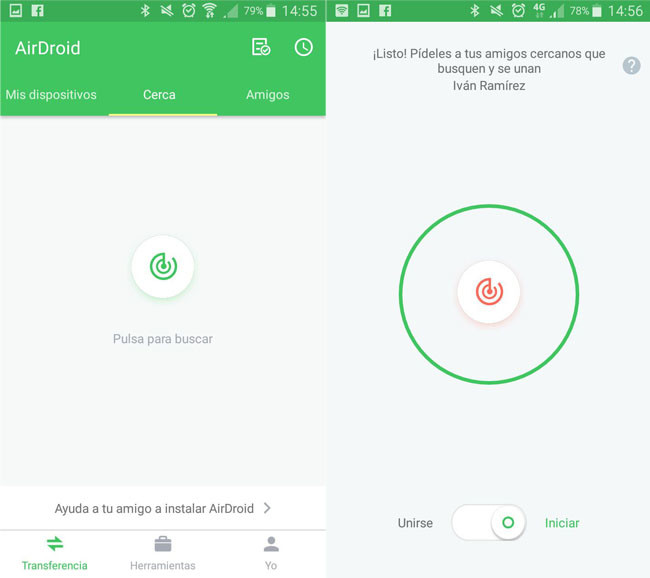 This system works like other, similar applications. One of the devices it creates a Wi-F networki and the other connects to it. It is not necessary the connection to the Internet and, in fact, while it is in use it will disconnect the connection.

With the amount of private information available thanks to AirDroid, it is normal for you to worry about the security of the application. For example, all your notifications and chat messages are relayed to a PC that you have linked to. 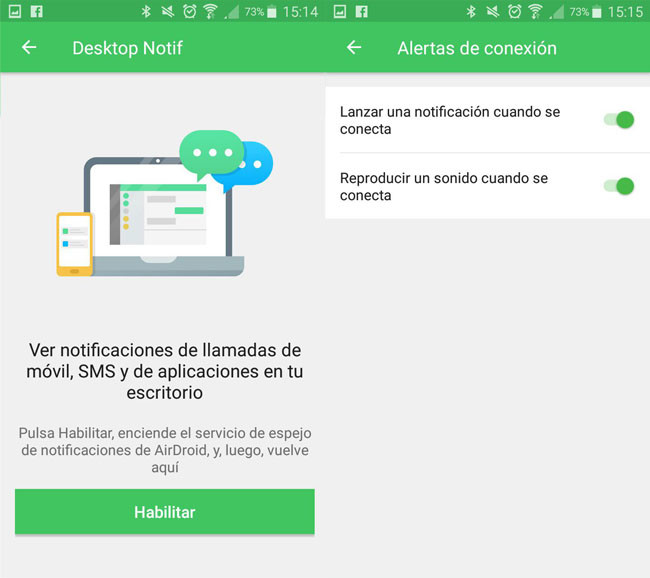 In AirDroid, you can now close all sessions on your PC and web when you want, and control and you want to enable or not the desktop notifications, from the Tools section. Another interesting option are the alerts of connection, that warn you when another device has connected to your account and, therefore, has access to your information.

More information | AirDroid
In Xataka Android | AirDroid 3.2.2: how to record the screen of your Android in video

–
The news AirDroid 4.0 revamps its interface and improves the sending of files between users was originally published in Xataka Android by Ivan Ramirez .

AirDroid 4.0 revamps its interface and improves the sending of files between users
Source: www.xatacandroid.com
November 21, 2016