All the details of the Samsung Galaxy S10 and S10 Plus, bare in the biggest leak of renders 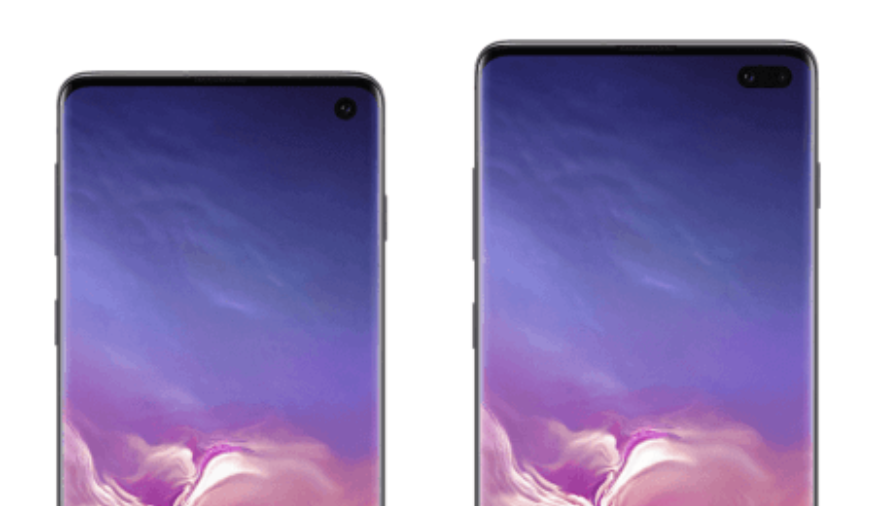 we are accustomed to presentations in technology have very little that is new, since almost everything has been leaked previously. But even facts to this custom, the Samsung tend to be the most savage and here we are new to leaks of the Galaxy S10, before the renders officers that appear before our eyes 20 days still the official presentation of the three models.

front-facing Cameras and readers on the screen 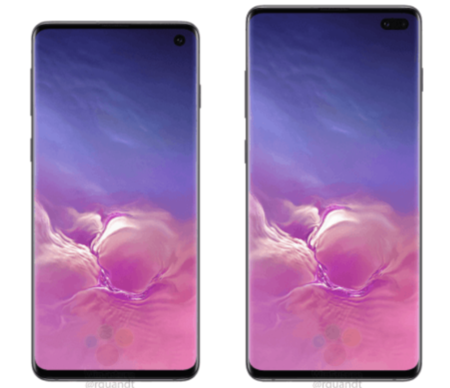 Despite the fact that several of its features have been confirmed informally by the classic brute force method, filtration, after filtration, here we come back to see them present and fairly sharp. the renders supposedly official Samsung Galaxy S10 and Galaxy S10 Plus that show us both the front and rear of both mobile phones.

Again, we see the front-facing cameras embedded in the screen, one on the S10 and S10 Plus

For a start, we can watch the thinness of the frames on both models and, unfortunately for those who care about this kind of details, without symmetry between the top and bottom edges. We can see in both phones that the chin is slightly more pronounced than the top, leaving the screen slightly displaced upwards with respect to the front.

we can Also see the front-facing cameras, placed in holes on the screen and come in two configurations. is A simple for the Samsung Galaxy S10 and a double for the Samsung Galaxy S10 Plus. Both to the right of the screen, next to the upper-right corner of the phone. A design choice that does not seem to evolve too much in front of the ‘notch’ but that we will begin to see far too often in this year 2019. 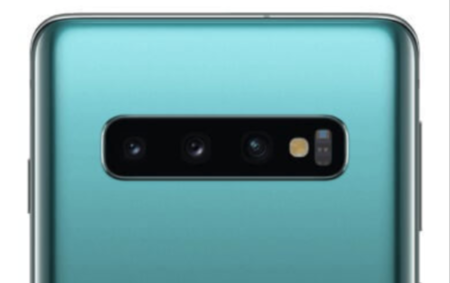 In the back, both phones look the same configuration of cameras triple, so that we do not expect differences between them beyond the resolution of each of the sensors. Focused, on horizontal arrangement and at some distance from the top frame, thus following the design of the Galaxy Note 9, we have three lenses in each phone and the flash. the For the brightness, we can guess that one of the lenses is a wide angle, specifically the next to the flash.

The leaked images do not show any type of fingerprint reader, which seems to confirm that we will be located in the front, embedded in the display itself of both phones. The strange thing is that in the renders does not stand out with the classic icon of the footprint that many manufacturers use to illustrate their phones, leaving little doubt about the presence of the own reader. 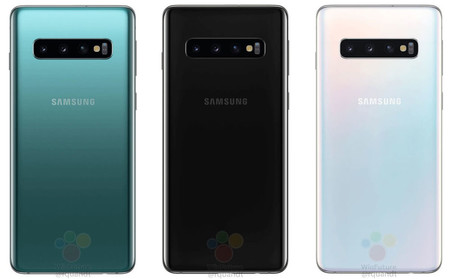 renders the filtered are also responsible to teach them the colors of the phones. We will have the classic model in black color, one in white or pearl grey and one in green water. In addition, it seems that the two models will share colorful, so variations would be introduced, or not, in the Galaxy s10e netbook that we don’t see between the images to be filtered.

As we have said, on the 20th of February we have an appointment with Samsung to attend the presentation of the Samsung Galaxy S10. The question that it should be made at this time is, will there be any news without revealing the penultimate Wednesday of the I? At this rate, it will be difficult for that to happen, as we already know, or think we know, until the prices at which they will be sold.

–
The news All the details of the Samsung Galaxy S10 and S10 Plus, bare in the biggest leak of renderings was originally published in Xataka Android by Samuel Fernandez .

All the details of the Samsung Galaxy S10 and S10 Plus, bare in the biggest leak of renders
Source: www.xatacandroid.com
February 1, 2019