25 years ago sent the first file attachment by e-mail: a photo and a song

on march 11, 1992, a group of engineers of the telecommunications company Bellcore, led by Nathaniel Borenstein, sent the first e-mail with an attachment of the story. This Saturday, then, was the 25th anniversary of this fact.

Borenstein is the creator of the MIME protocol, on which it is based, sending attachments by e-mail. The march 11, 1992, the first e-mail with attached information included a photo of the own Borenstein with three of his companions, which, besides, formed a quartet as a musical. Also added to the e-mail an audio track with one of his songs: Let Me Call You Sweetheart.

This is the aspect that I had that first e-mail with attachments: 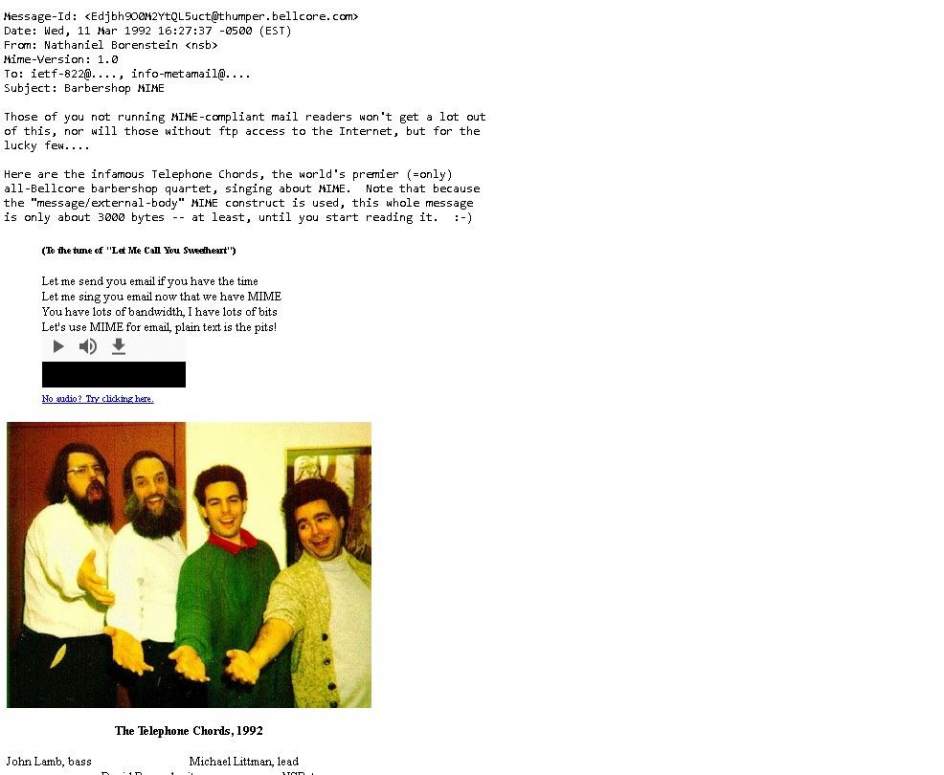