Spanish commentators and the game’s producer, Rob Jones, explained their characteristics.
This year has not been great sports figures in the presentation of NBA 2k16 , with the Spanish selection disputed Eurobasket and the absence American players, so that was much more technical than in previous years. The touch of entertainment and culture of basketball they gave the sports journalists Sixto Miguel Serrano, Antoni Daimiel and Jorge Quiroga, which in recent years have to bend to the Spanish comments during games. 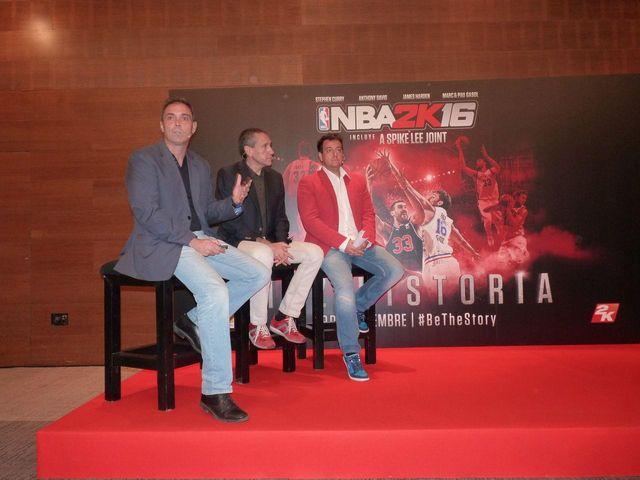 They spoke three races of the protagonists of the different covers of the game: James Harden, Stephen Curry and Anthony Davis in the international cover, Michael Jordan for a special edition that takes . his name and Pau and Marc Gasol in the Spanish cover of the game
commentators recalled the origins of James Harden in one of the more modest neighborhoods of Los Angeles; Daimiel said that his physiognomy and his game reminds players of the 80s, “who does not jump, which is not very fast, which is about 70 cm of vertical leap, which for a NBA player is very bit, but the last two years has been in the best quintet of the season. surprising how smart he is. “
From Anthony Davis, also from a poor neighborhood Chicago- reminded commentators began as base but growing 20 centimeters in less than three years moved to another position. Quiroga said that this has made it “A pivot base body, and is one of the most dominant pivots out there in the world.”
Curry’s career It is very different and it was marked at first by being the son of Dell Curry, a former NBA player. The first university to which he wanted to go because he rejected not see potential in basketball, but in the university competition where he broke as a player and reached number seven in the draft. Curry has made the Golden State Warriors again unto be NBA champions after 40 years without success.

“Jordan is the best athlete that has given this planet “

But the best words of the three journalists were Michael Jordan, both as a player representative of the NBA. Quiroga said in the filing it is “the best athlete that has given this planet. With 52 years he has, people still want to see him play.” 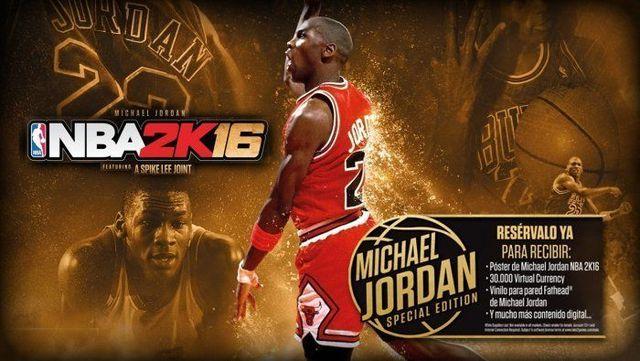 This year the Gasol brothers are in the Spanish title. Pau Gasol sent a video from the concentration of Euro support NBA 2k16, and Quiroga recalled that years ago he told the player to be a figure of the NBA lacked only appear on the cover of the game, and the elder Gasol recognized who “guessed” by such important figures that had been cover.
The three sports journalists stressed the importance of the two Gasol brothers were in the last All Stars ; “Marc Gasol has been in the best quintet of the season, which makes him the best center in the world” Daimiel said.

In search of greater realism leap from 2007

Rob Jones, the producer of NBA 2K, was asked to speak as the series has progressed in recent years . He recalled that The main thrust of the game was in NBA 2K7 when they appeared all the basic features of the game. He thanked the support received the study with each new release that has made synonymous 2K basketball. The major concern of this study was, according to Jones, “that has authenticity in the entire product, not just on the court, but everywhere.” 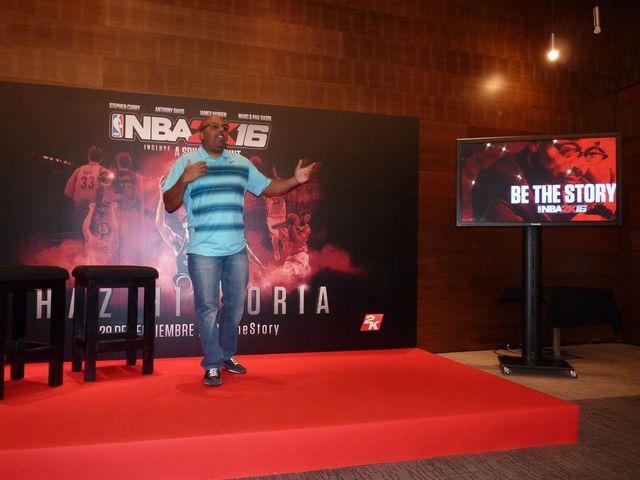 The intention of NBA 2K, Jones said, is to get total union with basketball, both with the gameplay as with the culture that is part of the sport, such as Sneakers shoes or music. And the game play all these aspects. This year the href=”http://www.vandal.net/noticia/1350666682/nba-2k16-desvela-su-banda-sonora/” soundtrack is borne DJ Premier, DJ Mustard and DJ Khaled, “Three hip hop artists with different styles Premier lives in New York and urban sounds, while the music of Khaled’s southernmost and Mustard, which now produces people like Chris Brown “.

NBA 2k16 perhaps most striking is the participation of film director Spike Lee for direct and write scripts on my career, where you create a player and try to bring to the highest mode competition. We watched the introductory video to this story mode, in which there are a pair of brothers playing and get another partner, establishing a dialogue between the three that might appear in any film director.
Video : 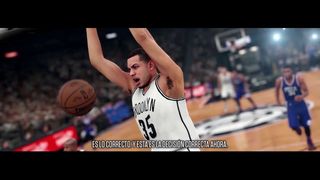 Jones explained that when they were proposing ideas for the game this year, the vice president of the study said: “get Spike Lee.” “My first thought was that Jones He holds what, then do not make it. But we told him what we wanted. The story mode is played in our game 98% of users, so we knew that was all that could not be removed, and this was a way to give some freshness creating a theater-like experience. “
addition to being new life, this way of working It has allowed new game mechanics “to be A new way to experience your growth as a player in my career,” added Jones.
The film has a very different look to the intro of the game, no doubt, with some camera movements other than what we are used in video games. Lee moved to the recording studio motion capture all your recording equipment to ensure that the result would be shot by shot he wanted, and recorded from angles he wanted the scenes, though in motion capture cameras rolling at 360 degrees.
2K Pro AM turns an idea that was in 2K11 but had not come to this generation of consoles: the Gang mode, in which you formabas a team with other online competíais with friends and other equipment. Users claimed around this way, and does converted. Last year there was an improvement but the players who did not have full teams had trouble going to play a game.
In Pro AM, promises Virtual Concepts, will matchmaking Instant to play with your friends without having to wait, custom equipment, rankings tables with daily, weekly and monthly classifications of up to custom-designed pavilion in the texts of the advertising- and the gear ( . including logo)
Video 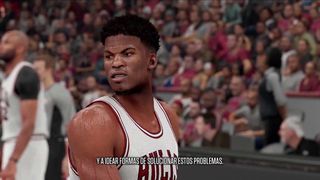 “It has everything that people have asked us: play with friends, customize the team logos. Decide how you want your team;. have the leaderboards … and many new features are excited and are sure that Pro AM is the future of online gaming, “said Jones
resounding. Another user requests he has heard the study is the relocation of equipment created by the player, and not simply try to rename the team, but there will be market analysis, cost, and it will be a process.

The producer revealed that they have invested a lot of effort into making the game world is alive, in which players on the court know where their teammates are and what is happening and act like they are supposed to do, always agree with the personality of the player they represent. The goal is the increasingly blurred line between reality and the game will go decreasing year after year.
For this it was necessary to improve the artificial intelligence (AI) players; Jones suggests that players should attack as more than ever, we are able to play more as a team controlling the spaces something that already occurred in NBA 2K15 – and a defense team that fits what is happening in each attack. 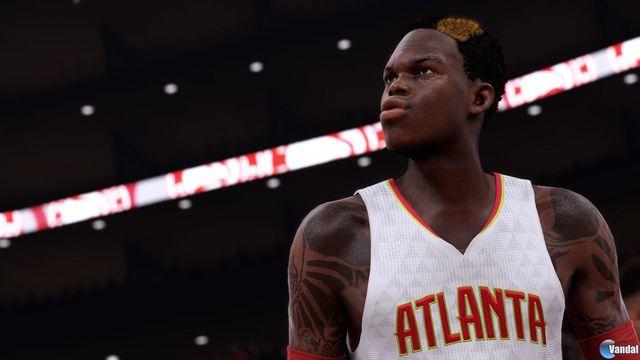 They return My GM, my league (one sandbox to play with friends online for an entire season) and my team. My GM is a manager of a team, even out of season “where many things happen, including the draft,” Jones said. Here also it prevails intend to get everyone playing is alive, and you will see, for example, how players retiring again after two or three seasons as assistant coach. All will be interconnected and You’ll see how it evolves.
My computer keeps the same schedule as last year, based on cards, similar to FIFA Ultimate Team . Jones reported that the most played so after my career.
Euroleague fans will still not have a European competition itself within the game, although there will be teams competition.
The presentation ended with the announcement that those who have reserved the game for the PlayStation taken into PSN on September 25 (the game hits stores on September 29). NBA 2k16 out for PC, PS3, PS4, Xbox 360, Xbox One and mobile. . There will be two mobile apps in a snap of the game and one that is the game itself 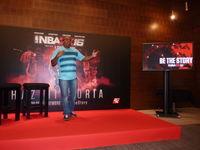 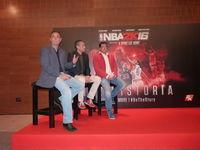