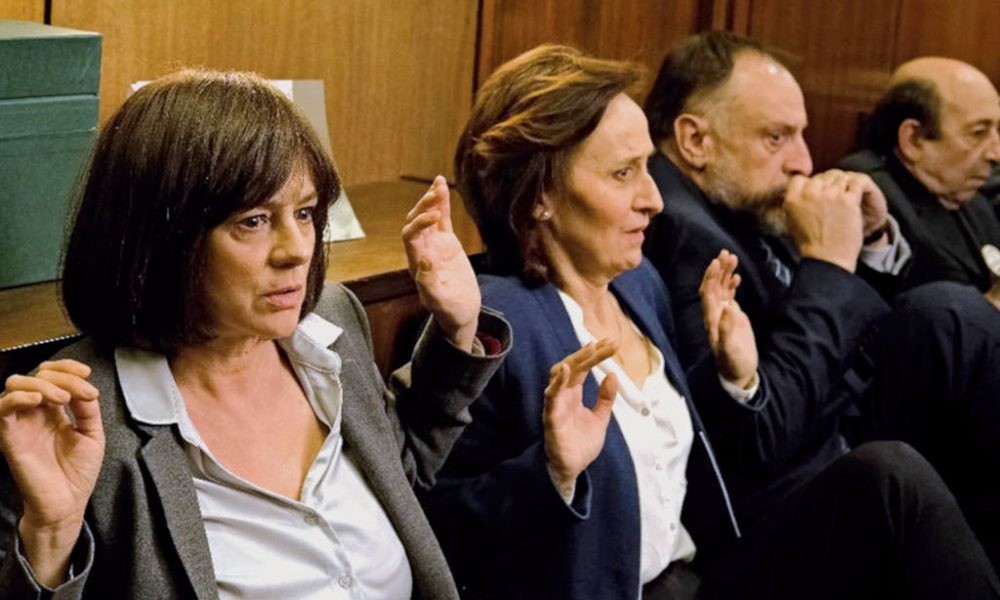 After a small stumble in the form of one frustrated pilot for a television series that never came to be, ‘Distopía’and who was limping more by issues of script by the good pulse of Koldo Serra to portray a situation of isolation and extreme stress (which is repeated in ’70 binladens’), the director vasco returns to the big screen. And after the striking visual finish of ‘Gernika’, it does so with a film much more modest, almost tiny, but with virtues that make a thriller that can rub shoulders with productions more showy.

Serra insists with a topic that has been dealt with in other occasions, not only on ‘Dystopia’ but also, in part, on his debut ‘Forest of shadows’. If that took as obvious model ‘Dogs of straw’, here we have a replica domestic and smaller scale of another classic Al Pacino with dogs in the title, ‘Late of dogs’, although in this case the holdup of a branch bank is of a scale more modest and is located in the Basque country.

Here are two robbers, violent Lola (Nathalie Poza) and the heroinómano Jonan (Hugo Silva), who comes to steal in a branch office in the worst moment: when Rachel (Emma Suárez) is about to get a credit of € 35,000 you need to return to see his daughter. Or, put another way, the 70 binladens title, a name given to it in slang marginal to the banknotes of 500 euros for what little you see.

Koldo Serra goes to the grain and, after a rapid and disturbing prologue, the situation arises in the bank, with hostages, and the priorities of the characters clear. From there the situation develops as expected (the inevitable perfect plan for the heist that goes wrong and triggers the voltage), and start getting the surprises: Rachel is smarter than it looks and will make an interlocutor between robbers and police. Anything to recover their 70 binladens.

A development not very original from the point of view of argument, including the surprises -some better lines than others, and some more sobreexplicadas other, apart from a conclusion something precipitated-, but that just resulting vibrant and effective thanks to pulse with the rolling Serra, with the that shows be well learned a few lessons of style of the seventies. In fact, the film drinks in a part of cinema quinqui in Spanish of the decade, but with the squalor diminished.

And that connection works on all thanks to the inspiradísimo trio protagonist and the unique relationship that is established between them, punctuated by dialogues brimming with black humor of the street. The screenplay by Javier Echániz, Juan Antonio Gil Bengoa and Asier Guerricaechevarría shines so sharp some dialogues, and Serra is distinguished not only by their way of planning the suspense, but by the naturalness that manages to pull of a character like Lola, that could have fallen easily into the topic of the psychopath trigger happy.

’70 binladens’ is a modest and effective proposal of thriller Spanish that should serve to Koldo Serra found a place in the industry and roll with a bit more regularity these small altarpieces of tension and violence. This time, this ‘La estanquera de Vallecas’ with Police in the background, is a great base to do it.

Remember that you can follow our coverage of Sitges 2018 minute to minute this event.

–
The news ’70 binladens’ is a fast-paced thriller supported by some interpretations memorable was originally published in Espinof by John Tones .