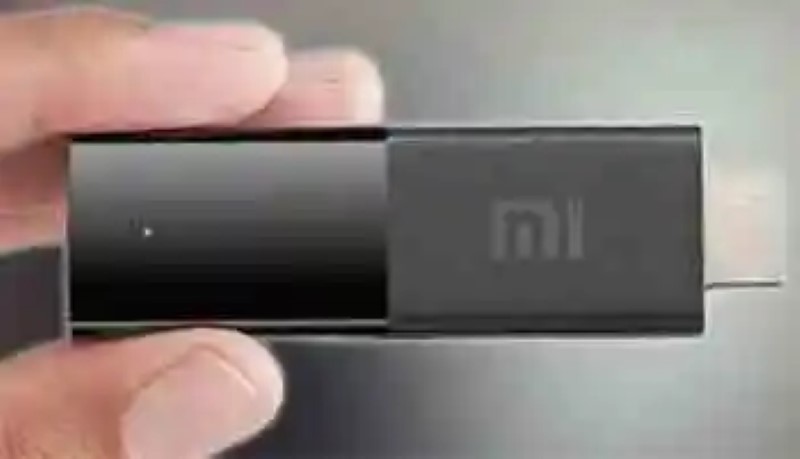 A course ‘Chromecast Xiaomi’ Android TV appears in an online store
After the success of the Xiaomi Mi Box S, an excellent multimedia player that the brand sells internationally wit...

After the success of the Xiaomi Mi Box S, an excellent multimedia player that the brand sells internationally with Android TV, the relay of the device is starting to show in the rumors. And a new version could be modelled on the style of the Google Chromecast: with the form of a stick, HDMI, and reduced to the minimum size.

Android TV has been taking great prominence in the television-thanks to their capabilities to turn them into Smart TVs. And the best thing is that it is not necessary that the tele has the operating system included already that you can add with a small player. Among all the available there are none as popular as the Xiaomi Mi Box S, a compact device that offers access to applications, games, and most streaming platforms. So, being a best seller, it is not surprising that Xiaomi is thinking to renew it: this is what would show the appearance of the Xiaomi Mi TV Stick, a player with some resemblance to the Google Chromecast.

► Konami, Sega and Nintendo are japanese companies that grew the most in the bag in 2016 Square Enix and Capcom, the least.Konami, Se...
► How to build your own widgets Widgets Zooper Many of you are a fans of customizing y...
► Takara Tomy shows your figure of Mewtwo Battleship Will come to Japan at the end of this month.... 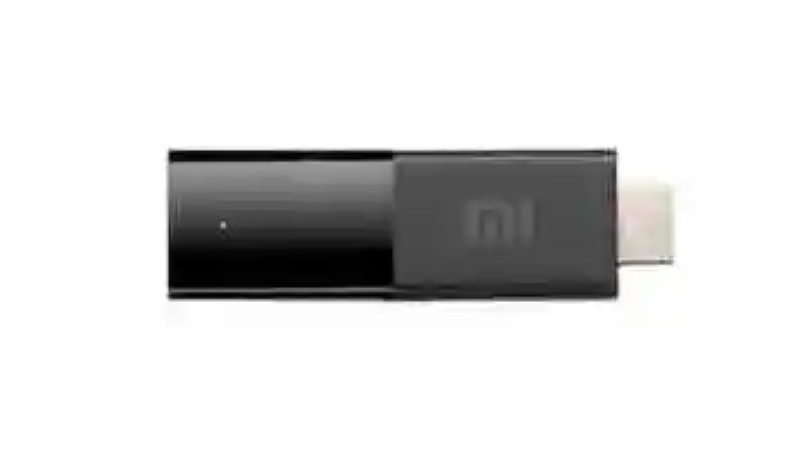 The device of which you speak has appeared the online shop GearBest. This does not imply that it is official already that, for the moment, Xiaomi has not been submitted. Even so, would correspond with the first rumors about the quoted Xiaomi Mi TV Stick since we knew that china was preparing for the renewal of the successful Xiaomi Mi Box S.

My Box TV, analysis: the best quality-price if you want to watch content in 4K on your tv

Reduced to the maximum expression, with the form of a stick, HDMI to Chromecast and the Android operating system built in TV, a detail that is evidence of the international distribution of the possible Xiaomi Mi TV Stick (in China, the brand distributes devices for television sets with your own system). For the rest, and always taking as a basis what appears on the page of GearBest, the future media player HDMI would include 2 GB of RAM, 8 GB of storage, a four-core processor Amlogic S905 Y2, would be available to Bluetooth 4.2, WiFi, dual-band and not prescindiría Google Assistant.

The hardware of the Xiaomi Mi TV Stick is suspiciously identical to My Box S: it is quite likely that GearBest has used the same tab technique

Although the product is listed in an online store this does not mean that he really exists: despite the fact that rumors have long insisted, the Xiaomi Mi TV Stick has not yet been officially presented. GearBest used to list products which have not been presented in order to improve its positioning when it is made public, a tactic that could be repeated with the aforementioned HDMI. Until it is official, we have to take the device with great caution. Including its possible price: in the store appears with a cost in reserve, 79,99 dollars.

–
The news A course ‘Chromecast Xiaomi’ Android TV appears on a shop online was originally published in Xataka Android by Ivan Linares.

Mexican startup Mercadoni wants to take all your shopping at home
Surely we are at a key moment for the startups offering mobile serv...
Suunto introduces its first sports watch with Wear I and Diesel the first model with box tránslucida
The manufacturers of watches not have wanted to lose the electronics fa...
The volcano of Fortnite erupts and destroys Floors Chopped
Large changes in the map of the game when approaching the end of Season 8....
Emmy awards 2019: ‘Game of Thrones’ breaks records with 32 nominations
Little joke: 'Game of Thrones' tops the list of nominations for the Emm...
Bibliography ►
Phoneia.com (May 14, 2020). A course ‘Chromecast Xiaomi’ Android TV appears in an online store. Recovered from https://phoneia.com/en/a-course-chromecast-xiaomi-android-tv-appears-in-an-online-store/

This article was published by Phoneia, originally published in English and titled "A course ‘Chromecast Xiaomi’ Android TV appears in an online store", along with 18987 other articles. It is an honor for me to have you visit me and read my other writings.
◄ Bingo and PlayerUnknown’s Battlegrounds Show Us Whether Folding Phones Are Worth it for Gaming
Facebook purchase Giphy to integrate your gifs within Instagram ►