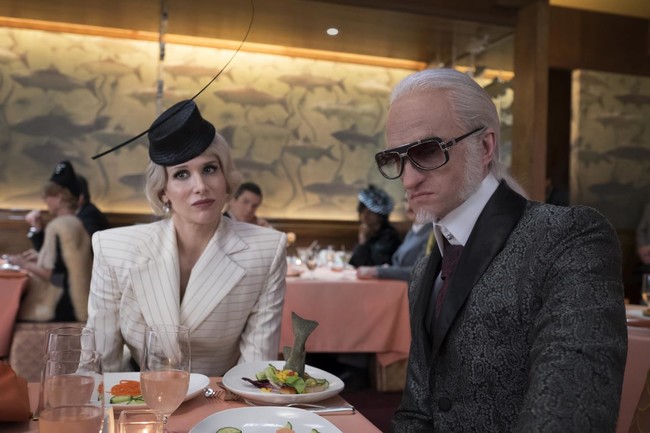 a Few times that “if it ain’t broke don’t fix it” fits better for a series such as ‘A series of catastrophic misfortunes’. Beyond the obvious “not gafemos what works well”, the sentence fits in with the mechanical exact, the humor afinadísimo, almost mathematical, aesthetic and neat and studied where nothing is missing or less. All this was in just the right amounts in the first season, and the viewer can breathe a sigh of relief: alchemy is replicated in the second.

Absolutely everything that made it great in the first season is here again. From humor, deep black line, cruel to the extremes that the viewer can overlook (camouflaged topics of novel, children’s adventure or to blow a caricature,) up to the devastating characterizations of a Neil Patrick Harris, perfect, through the rosary of side quirky and rupture constant of a fourth wall already virtually non-existent.

The series continues to tell the creepy adventures of the orphans Baudelaire, whose parents were killed in a mysterious fire, and whose substantial inheritance they want to snatch the Count Olaf, a master (relatively) of disguise. Among children who behave as adults and adults behave as niñatos, the plot follows them from house of welcome house of welcome, always under the terrible shadow of Olaf.

Under this scheme, the series allows levisimas news, as the appearance of the twins (formerly triplets, something that the series will taunt continuously) Quagmire or paper each time, but more important, Jacques Snicket (a great Nathan Fillion, who between his role here and the ‘Santa Clarita Diet’ is starting to be a guarantee of black humor to the nth power). Thanks to the latter and everything that goes with your character iran knowing details about the parents of the Baudelaire, whose involvement in a mortadeliana story of espionage that is becoming more evident.

it Is true that this new season does not have that quality, depressing, and abstract from the start of the misadventures of the protagonists: that tone ominous of the very obscure first meeting of the three children, and Olaf already is not present, but it is inevitable. The atmosphere of gruesome farce is accentuated here because the mystery no longer exists: both the Badeulaire as the viewer know the intentions of Olaf, so that affects which frames are each time more and more insane.

The series has the good fortune of having two fierce hands of authors and composers. on the one hand, of Barry Sonnenfeld, director of the most episodes, and executive producer of the series, focused on that the series does not deviate more than the account of the extraordinary original books of Lemony Snicket. On the other hand, the Snicket, i.e. Daniel Handler, also executive producer and writer of all the chapters. 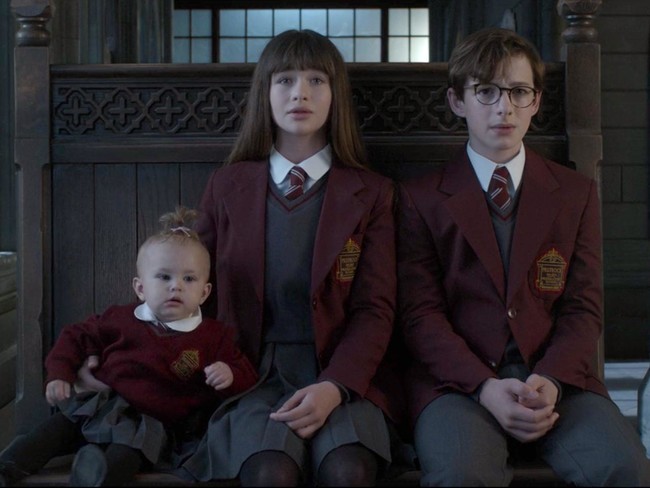 Together, they have managed to blur the fine line that separates the morbid from the attractive, humorous and of what is terrible: the essence, in short, the black humor, and whose intricacies Sonnenfeld already diseccionó in the two movies the Addams Family (especially the second, one of the best comedies of the nineties).

The series manages to maintain that balance so complex between the apparent lightness of argument and the strict dental aesthetic, perhaps one of the most studied and complex of the series current.

‘A series of catastrophic misfortunes’ evolves in new directions plot (with findings as spectacular as the plot is in the hospital or the increasingly hilarious war between the minions of Olaf and the spies of third category), but still perfectly recognizable as a whole. Regardless of the taste of each viewer (el elusive sense of humor, sometimes worthy of a coroner, or the romp indiscriminate with the absurd, may not be for all), one thing is indisputable: to be conceived with a beginning and an end (Harris has already said that the third season will be the last) can benefit in terms of tone and tension narrative.

And in these times of series elongated until the indecent or generating dozens of spin-offs, that will tell a specific story, specific and thoroughly studied as this, down to the smallest detail, is a real luxury.

'Amateur', Netflix fails the shot with this understated drama sports

'Lost in Space' disappointing: the reboot is a soft series of family adventures devoid of emotion

–
The news ‘A series of catastrophic misfortunes’ retains all of its dark and macabre virtues in their second season was originally published in Espinof by John Tones .

‘A series of catastrophic misfortunes’ retains all of its dark and macabre virtues in his second season
Source: english
April 30, 2018