A special edition of Darksiders: Warmastered Edition includes a stable for horses

THQ Nordic has announced a collector’s edition of Darksiders: Warmastered Edition call The Scalding Gallow. The game will be available on Xbox One and PlayStation 4 from tomorrow. The PC version is released on the 29th of November, and the Wii U later -still no date confirmed-.

This edition may be booked exclusively in the Uk from Green Man Gaming with a price 66.600 pounds -78.000 euros and includes the game in its four versions, the gaming platforms -PlayStation 4 Pro, Xbox One’s, Nintendo Wii U, and an Alienware Area-51 – and, what’s more expensive this edition, a barn with two blocks to save our animal. The dimensions are 10.8 x 3.6 m.

“A collector’s edition with barn has all the sense to a game dominated by War, the first horseman of the Apocalypse,” said Nik Blower THQ Nordic.

“The unit is built to withstand the needs of the majority of horses ghosts, but The Scalding Gallow will also serve to races less apocalyptic“. 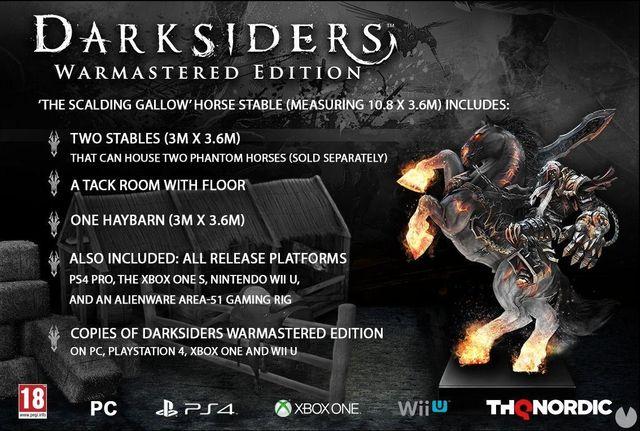 Darksiders: Warmastered Edition come to PlayStation 4 and Xbox One on the 22nd of November, while users of PC will have to wait until November 29 to be able to be with him. Also released in Wii U, although it has not specified its date of exit yet. 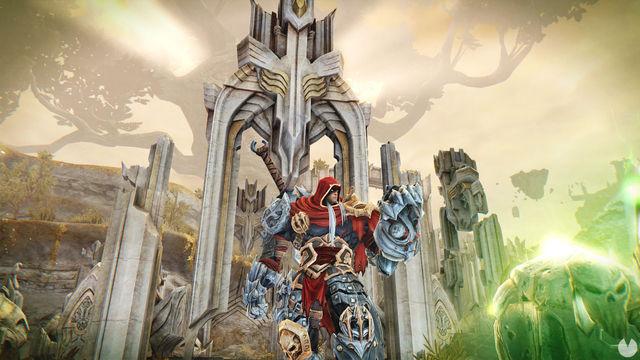 it will Be a remastering of Darksiders: Wrath of War that will allow us to play 1080p native and 60 fps (30 fps in the case of Wii U). In addition, we have taken the opportunity to double the resolution of textures and perform various graphical improvements.

The full list of games compatible with PS4 Pro you can find by clicking on the following link.