Helen Keller Biography
A few hours the premiere of the third season of House of Cards is a good time to review some curiosities . ... 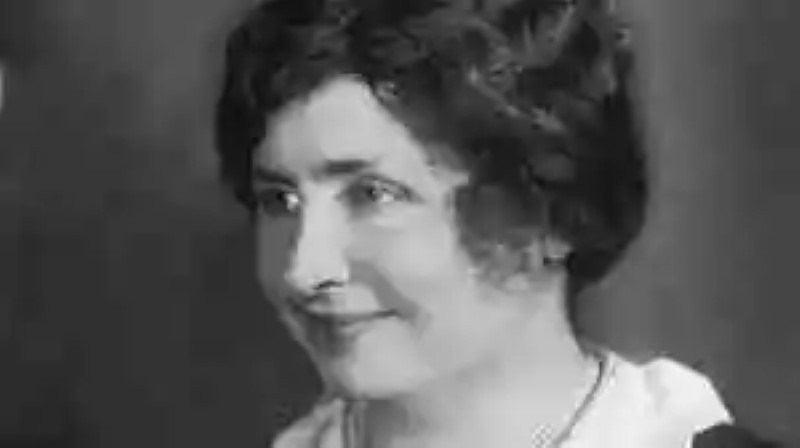 Social Fighter, Speaker and Deafblind Writer, of American origin, noted for her history of overcoming and her tireless work in the fight for the rights of those most in need. She learned to communicate and read and write at the age of seven, thanks to her teacher Anne Sullivan.

She later became the first person with this sensory disability to earn a college degree. Her case was a major breakthrough in the area of Special Education. Her life has been brought to film and theater, in stories that come to be added to the fourteen books and more than four hundred articles written by this American intellectual.

Helen’s family had a good financial position, dedicating himself to the cotton business as well as the press, being her father who owned the newspaper Tuscumbia North Alabamian. Helen was born without any disability.

However, a little after the age of the year and a half, the little girl suffered a severe fever, diagnosed by the doctors of that time as a brain-stomach congestion, which is interpreted today as a possible meningitis, although it could also be scarlet fever or measles.

First of all, he recovered. However, her mother may have realized that Helen wasn´t responding to visual or sound stimuli. Helen Keller had gone blind and deaf.

The Arrival of Anne Sullivan

The first few years were very hard, especially for Helen. However, she had developed a domestic language, consisting of at least sixty signs, with which she often communicated with the daughter of the cook of the Keller residence.

When Helen was about six years old, her mother knew – thanks to the book Notes of America by Charles Dickens – the story of Laura Bridgman, a deaf-blind woman, who managed to educate herd. This encouraged her.

In order to seek guidance, Helen and her father left for Baltimore, to meet with otolaryngologist J. Julian Chisolm, who recommended that they consult with Alexander Graham Bell, who by that time had a school for deaf children in Washington.

Graham Bell sent them in turn to the Perkins Institution for the Blind, located south of Boston, where Laura Bridgman had been educated. At this institute, principal Michael Anagnos assigned as Helen’s teacher the twenty-year-old Anne Sullivan, also visually impaired, who had been a student at the center and would then become Keller’s inseparable instructor.

Helen’s progress was astonishing. Before long he learned the spelling system, which Sullivan taught him, which consisted of drawing with her finger in the palm of Helen’s hand different signs corresponding to letters. Within days, Helen was already able to form sentences. At three months she learned to read and write in braille.

Since then, she acquired a great love of reading. She also began to receive classes in botany, zoology and arithmetic. Her advancement marveled at everyone, especially Michael Anagnos, director of the Perkins Institute for the Blind, who began to include Helen’s achievements in her publications.

At the age of ten, after meeting Ragnhild Kota, Helen set hernew goal: to learn to speak. For this she was instructed by Professor Sarah Fuller, who with the Tadoma method, developed by Graham Bell, taught her how to produce phonemes. Helen learned to utter the words, though her voice was always weak.

However, her years at this university also served to awaken in Helen her political vein. From that moment on, she would find in socialism the ideological current in which to argue her call for support to the poorest, who according to these ideas are the most likely to suffer disabling accidents, due to the extreme conditions of work and exploitation. She also supported women’s suffrage.

In 1905, she formally joined the Socialist Party, from which she was attacked by the press, who pointed to her disability as the reason for her political ideas.

Helen Keller dedicated her life to giving motivational lectures around the world and writing about her personal history.

She became one of the most influential figures of her time, being the subject of multiple recognitions, such as the Presidential Medal of Freedom (1964). She opened several care centers for people with some kind of sensory disability.

She got to know every president of the United States personally, from Cleveland to Kennedy. Her most famous books are The History of My Life (1903) translated into fifty languages and – today – a must-read many curricula in the United States; The World In Which I Live (1908) and Song of the Stonewall (1910).

In 1965, her name was elevated to the National Hall of Women’s Fame. Finally, after six strokes, which reduced her intense activity, she died in her sleep, on June 1, 1968, at his home in Connecticut. Her ashes rest in Washington Cathedral. Since then she has received dozens of posthumous tributes. Even in 1980, on the centenary of his birth, President Carter named June 27 as Helen Keller’s National Day.