‘Academy for the success of the apps’, free training for developers Android from the hand of Google 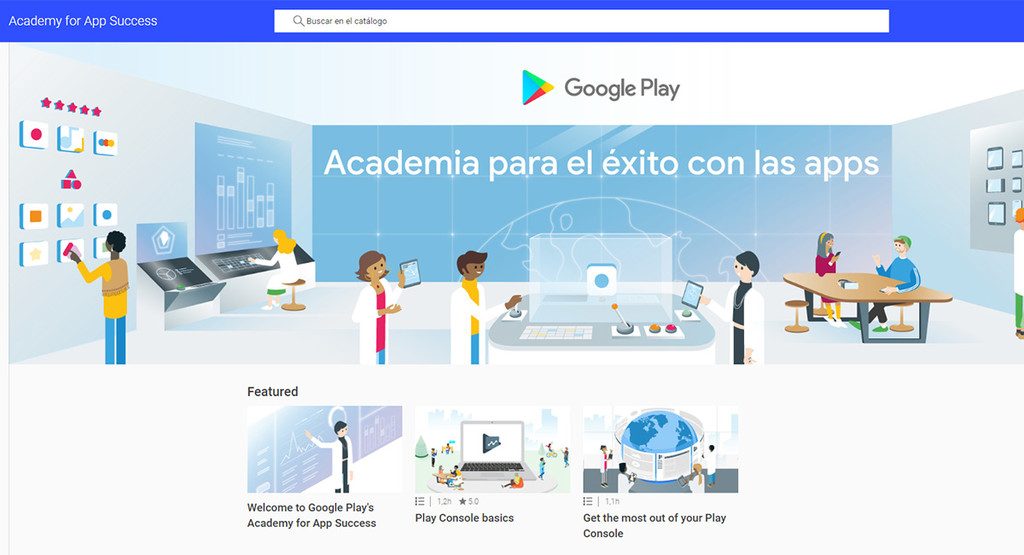 Google’s interest In that has developers creating applications for its operating system, and why has not a few initiatives in this regard, many of them free. Now joins a website that serves as a training for publishing in Google Play.

unlike other courses that are more technical about how to develop applications, this academy focuses on what comes after you create your application. Publish it in Google Play, test, monetize the application or to dominate the console release of Google Play.

The content itself is mostly text, but use different types of graphics and elements pseudointeractivos to make it more lightweight and that is not like reading a Wikipedia entry. For now, the content is only available in English, although it is foreseeable that in the future they add more languages.

Some of the lessons allow you to test your knowledge through a multiple choice test. If you hit the 80% of responses, you win a badge that you can print or share by way of certification that you have such knowledge.

–
The news ‘Academy for the success of the apps’, free training for developers Android hand Google was originally published in Xataka Android by Ivan Ramirez .