‘Action Point’: a return to the spirit of ‘Jackass’ and a tribute to endearing to the immaturity 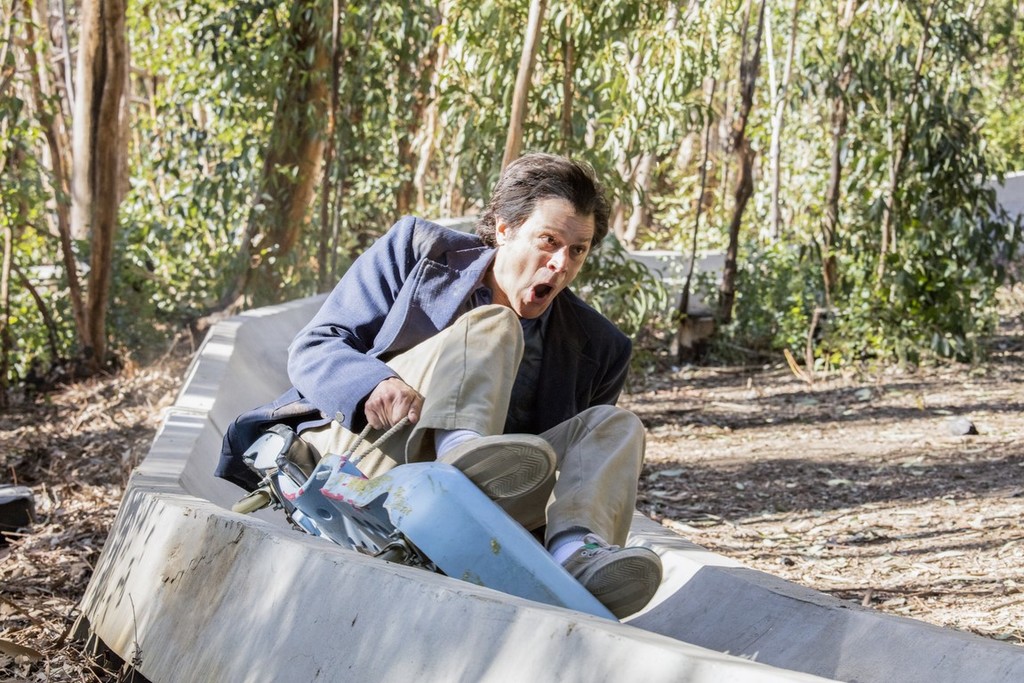 I will probably Never tire of claim ‘Jackass’ as a product infinitely more sophisticated that gave away his appearance as a mere collection of trompazos and jokes with hidden camera. Also, of course, was that -and this was the best-but the idea of putting a bunch of adults to punish physically only by the laughter, in some cases seriously threatening their physical integrity, had implied a series of connotations that its two principal architects, Spike Jonze and Johnny Knoxville, they were able to thoroughly explore.

For example, the very question, which was going to macerate with the passage of the years, of why the group is stuck in an eternal pre-teen chestnut pilongas. In the third movie of ‘Jackass’, released ten years after the beginning of the series, the thirties long that the protagonizaban wondered why it had become to get into that spiral of pain and self-recrimination. the history of the clown sad has always flown over ‘Jackass’ in front of and behind the camera, and stories abound of addictions (Steve-O) and death (Ryan Dunn). One tends to think that a good part of these tortures voluntary had a dark explanation psychological behind.

Another aspect to that ‘Jackass’ was a attention that was unheard of in a product of its nature, is the aesthetic seemingly casual and desastrada, derived from the grammar of documentary sent in the format. But beneath that appearance, temblequeante of texture video and camera in hand, in search of the silly humor brewed a poetics of the trompazo of many carats. In other words: sink the head in a mountain of manure is funny; be catapulted to a mountain of manure dress medieval knight with a firecracker in the ass while a band of cheerleaders you jalean is raw art in its purest state.

Derived from that element is another ingredient, perhaps the most unnoticed has happened in the history of ‘Jackass’: respect to the origins of their philosophy. the ‘Jackass’ was born as an updated version, irreverent, and XXI century the VHS of skate pirates in that Knoxville made little sketches, as proof in their meats, pepper spray or guns taser. Those origins, immersed in the street culture of skateboarding, he mingled in the origin of ‘Jackass’ with the stunts setenteros of series such as ‘The sheriff-crazy’, with the visual style of myths of risk as Evel Knievel, and it went beyond ‘Jackass’ in series, such as the tremendous ‘Nitro Circus’

Well, all of that is applicable to the ‘Action Point’, which has premiered in Spain Movistar+. In many ways it is the first fiction film of ‘Jackass’ -of course, on the surface, with the intervention of members of the troupe the program as Knoxville or Chris Pontius-, and contains the above elements. On the one hand, some reflection on the immaturity pathological, almost militant, a few devotees of the self-harm, with the story narrated by an endearing grandpa (Knoxville) at the end of the seventies, he directed one of the amusement parks most dangerous in the country.

even More interesting is the aesthetics of the film, which in a certain sense preserves the rhythm and the strength of the gags documentary of ‘Jackass’. That is to say: there are no cuts-only editing that in order to manipulate the strokes, falls or flights (most of the times executed by the Knoxville, even though that is the least of it). The off humor the deaf ‘Jackass’, that is born of those seconds in which you are posing in the dust after a fall, it was emphasized many times with the absence of soundtrack, or how the director Tim Kirkby keeps the plane after an impact. 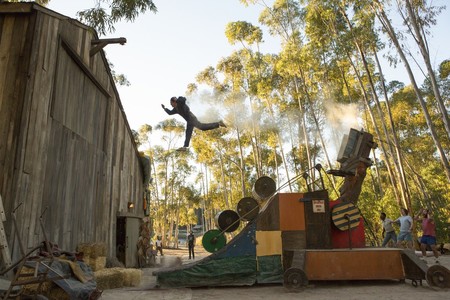 This aesthetic that blends with the look pseudo-documentary, “that host has been real” of the cinema east action, you can seem to be a value premium. And more in a movie like this, proud of its simplicity (no complex arcs of character, there is no spin dash, no introspection, only stunts, trompazos and fun in a state more or less pure), but complementata perfectly with the third detail that we mentioned above.

The claim of a legacy alternative risk asilvestrado, in this case the history of Action Park, a park of New Jersey considered highly dangerous, and where it killed six people because, in the end, the least is the right to physical integrity.

The result is a hilarious, simple, apabullantemente honest claim of the physical humor and the professional risk (although in the context of argumentation, more amateur possible). Only such a claim topic would already be very good, but ‘Action Point’ rounds, and has the class and good taste, in addition, rolling exquisite your stunts, no cables, no digital retouching. A film of the seventies in 2019. A gift without civilising to the senses.

'The father of the year' is not the comedy of the year, but it is another vehicle of Happy Madison direct to the laughter of fan-enthusiast

'Tau' is regrettable: the worst movie of Netflix in 2018

–
The news ‘Action Point’: a return to the spirit of ‘Jackass’ and a tribute to endearing to the immaturity was originally published in Espinof by John Tones .

‘Action Point’: a return to the spirit of ‘Jackass’ and a tribute to endearing to the immaturity
Source: english
February 15, 2019