With a video that covers 30 years of history.
AEVI (Spanish Association of Video) and Daniel Parente we have a video tribute to the Spanish game in which it runs the history of Spanish industry from 1981 to the present.
With this initiative, the creators intended pay tribute to the local game industry, which throughout its 30 year history has generated a lot of games, due to the quality and creativity of four generations of national creative.
This project has also received support from the local community and the result is a evolution of the Spanish video game, which sums through short video clips, the history of the industry in the last thirty years of activity. This project was officially launched at the Madrid Games Week 2015 with the support of AEVI and efforts to boost the Spanish video game industry.
“Video is a unique opportunity to understand the Spanish video game industry in all its dimensions of quality, dynamism, their strengths and weaknesses as well as a tribute to four generations of artists who against all odds continue doing what they love, “explains Daniel Parente, creator initiative, “said Parente.
The video is part of the #DevsfromSpain initiative, a platform to promote, disseminate and networking intended as a meeting point and reference within the panorama of Spanish creators of video games of all generations, allowing the exchange of experiences and knowledge that strengthen the Spanish video game industry
Video. 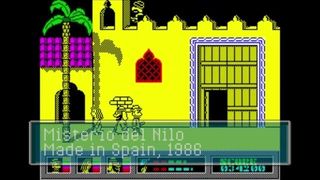