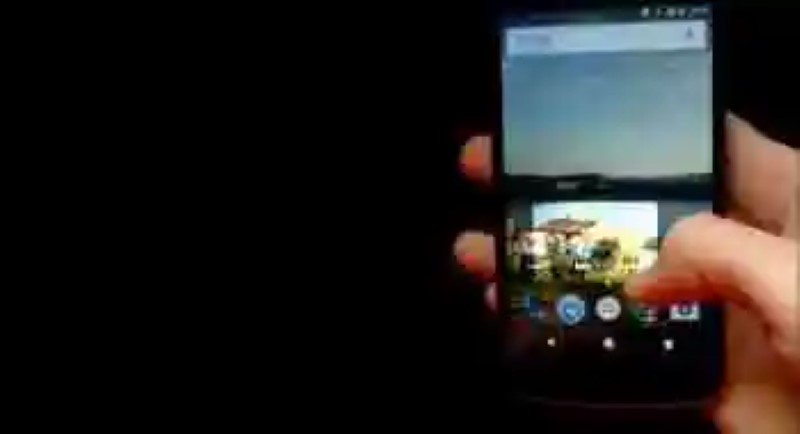 Android Nougat has a stealth mode to take screenshots of a region
The experience of doing a screenshot on Android varies a lot depending on the flavor of Android on the device, but ...

The experience of doing a screenshot on Android varies a lot depending on the flavor of Android on the device, but in general it is normal that only you can make a screenshot of the entire screen. If you later want to crop or censor something, you should then open capture and edit.

This could be about to change as may be seen from this commit in the source code of Android where it reads, literally, “added function screenshot partial in TakeScreenshotService and added the corresponding keyboard shortcut in PhoneWindowManager”. Since then, the community of Android has not stopped to investigate, and to activate this capture regions of the screen in Nougat as porting it completely to previous versions of Android.

► The problems of the Nexus 6S will cost a class action lawsuit on Huawei, and Google not too long Ago, we talked about that LG h...
► Christopher Nolan already has a protagonist for his new movie, “a blockbuster innovative and gigantic” In this world there are two kinds of pe...
► The Fan Art of ‘Westworld’, the image of the week Remaining hours to dismiss the first season...

Select what you want to capture

The capture regions of the screen is not much less something new. PC is almost a must since the screen can display many more things that you want to capture, but the screen of the phone is so small that it took us years to realize that we needed a faster, a region of the screen, and not its entirety. This mode is already on Android Nougat, although it is not activated, and here you can see it in action in this video.

To enable it on Android Nougat, the author of the video above has been modified a line of code of your ROM (Nitrogen OS for Nexus4) to invoke the function takeScreenshotPartial() in place of the normal takeScreenshot. The result is that when you take a screen capture, you can select the screen region to capture before it.

as commented in the commit of Android, it is also possible to activate the capture regions of the screen by a keyboard shortcut. In this case it is the shortcut Control + Meta (Windows key or Command key) + Shift + S, for which you will need an external keyboard.

Already in N-ify for earlier versions of Android

N-ify is a module of Xposed is available for Lollipop and Marshmallow that brings several features, in theory, exclusive of Nougat to previous versions. The compilation is available here (Build 758) includes support for the screenshots partial Marshmallow and potentially in Lollipop, although this has not been tested. 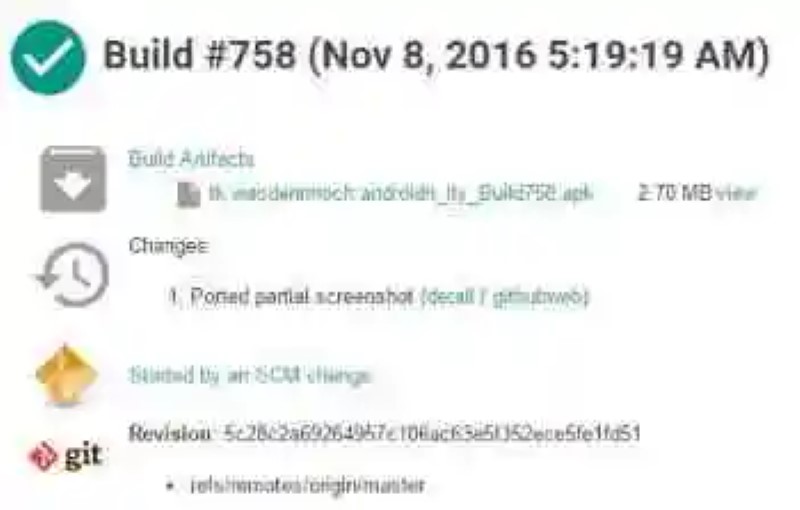 To test it, you have to have Xposed installed and activated on your mobile, download N-ify from here and enable the Enable partial screenshot in the options experimental. These options only appear after you tap the logo a few times, in the About screen.

–
The news Android Nougat has a stealth mode to take screenshots of a region was originally published in Xataka Android by Ivan Ramirez.

What are the kernel, the baseband and the build on an Android device?
When you enter in the Information section of the device in the Android se...
The cinema in Catalan and returns to victory at the Festival of Malaga 2019: ‘The days will come,’ stands with the Biznaga of Gold
we Already have the record of the 22nd edition of the Malaga film Fes...
This is how some independent developers is carrying Half Life 1 to Android
Late last year nos did echo that Valve had taken his Half-Life 2: Epis...
Mobile ODIN Pro 4.0, flashing modems, Download mode and support for KitKat
Mobile ODIN Pro is a modified version for Android phones by the famou...
Bibliography ►
Phoneia.com (November 8, 2016). Android Nougat has a stealth mode to take screenshots of a region. Recovered from https://phoneia.com/en/android-nougat-has-a-stealth-mode-to-take-screenshots-of-a-region/

This article was published by Phoneia, originally published in English and titled "Android Nougat has a stealth mode to take screenshots of a region", along with 18986 other articles. It is an honor for me to have you visit me and read my other writings.
◄ Tom Clancy’s Rainbow Six Siege shows you a preview of the agent Hibana
Nintendo Classic Mini has 256MB of RAM ►