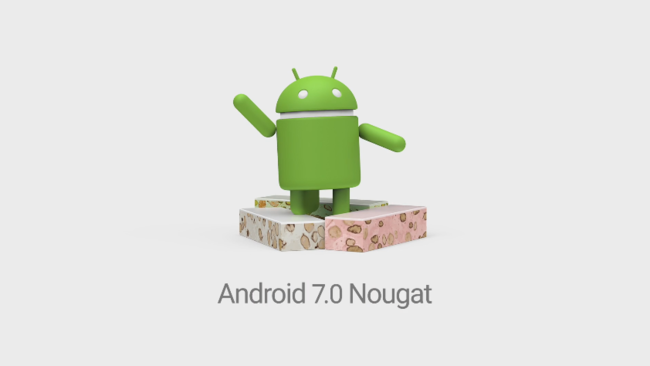 The distribution of Android versions debuts this new year 2018 with good news, and that is that the version of Android Nougat launched in August of 2016 is already the second version is more widely used in Android.

new data from this month of January offered by Google see it as Android Nougat to finally advance to Android Lollipop, and is about to become the first version is more widely used after being launched more than a year ago.

1 of every 4 Android devices are updated to Nougat 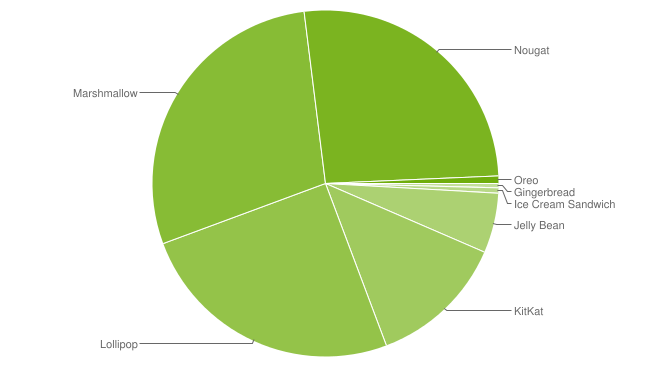 In the first position, the version most widely used by Android devices that are on the market continues to be Android Marshmallow with 28.6%. For the first time, in second position is now Android Nougat with 26.2% market share. In a month has grown three percentage points, so if it continues this pace it is possible in a month Android Nougat to become the version most widely used.

The third version is used is now Android Lollipop with 25.1%. In fourth position is still Android Kitkat with 12.8% and in fifth position to Android Jelly Bean with 5.6 %.

In the sixth position we find Android Oreo, with Android 8.0 and Android 8.1, the most recent versions of Google’s operating system. Its market share is still ridiculous, 0.7%. Behind this is Android Ice Cream Sandwich and Android Gingerbread. Then you have the table with the complete data versions: 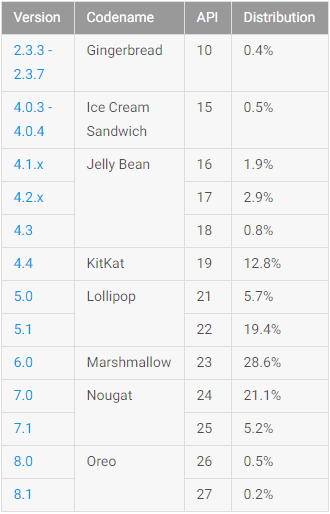 –
The news Android Nougat is already the second version is more widely used after Marshmallow was originally published in Xataka Android by Cosmos .