Animal Super Squad: a crazy platform game full of dangers that it comes to Android

This week has come to the market the new game from the developer DoubleMoose Games founded by the designer key of the famous game Goat Simulator and with the assocació of the famous YouTuber Swedish PewDiePie. It is Animal Super Squad.

With Animal Super Squad we are dealing with a game that mixes platforms and racing in an adventure game in which the physics are the main players. This means that sometimes we will start a new game if we have not reached to overcome the first obstacle and we see that there is no way to go back, for example, because we have been destroyed the vehicle. 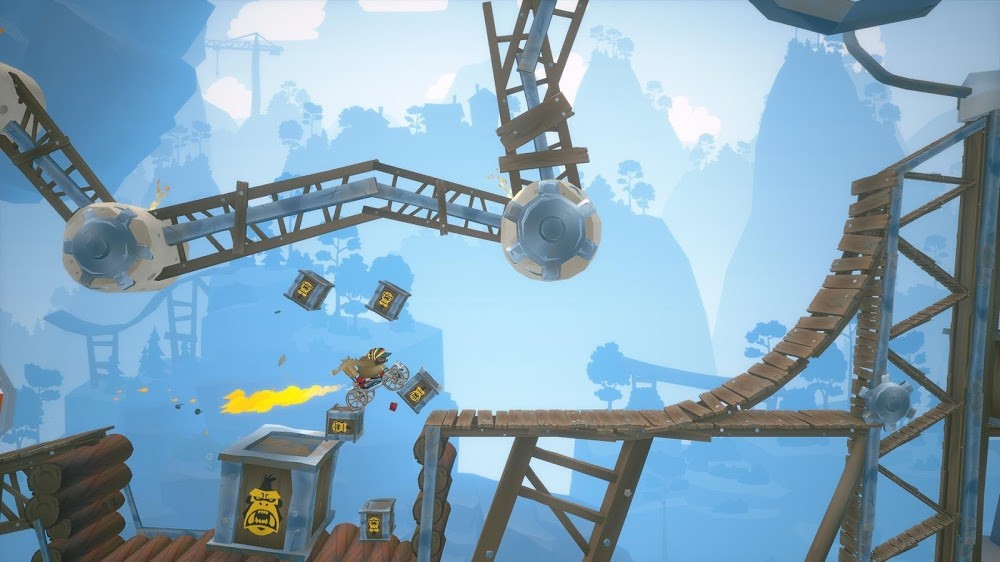 In Animal Super Squad we started the game with a small animal, in which alone we can move sideways and jump. Then we will get a car-rocket that will allow us to move faster and destroy the barriers, but not always we boarded the vehicle, there are areas in which we need to get off to be able to continue.

along the level you will find a wide variety of obstacles, traps, explosives and platforms that will try to avoid that we come alive to the goal. Luckily there will be different points of control to not have to start from the beginning of the game.

Animal Super Squad aspires to become a game of levels practically infinite, since it comes with a community of players from the versions of PC and console (PS4, Nintendo Switch and soon Xbox One) come with a level editor. On Android and iOS can play the levels created by the community. In the game we will see further, the levels more prominent.

Animal Super Squad has a price 4,79 € , and does not include most shopping. All the characters and customizations are unlocked by collecting bananas.

In Xataka Android | Super Monkey Ball: Sakura Edition is the new game from Sega that you can download for free on your Android

–
The news Animal Super Squad: a crazy platform game full of dangers that it comes to Android was originally published in Xataka Android by Cosmos .

Animal Super Squad: a crazy platform game full of dangers that it comes to Android
Source: english
May 18, 2018