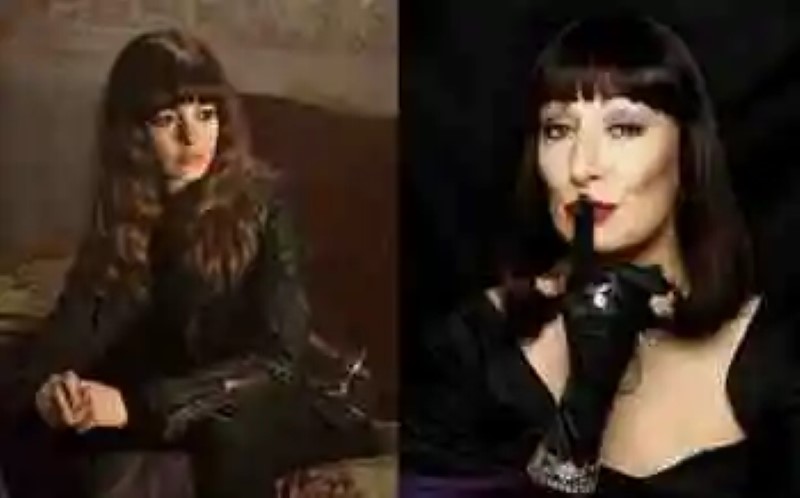 Anne Hathaway will be the villain in the new adaptation of ‘The witches’ that prepares Robert Zemeckis
In 1990, was premiered 'The curse of the witches', adaptation of a popular novel of Roald Dahl. Not enjoyed the...

In 1990, was premiered ‘The curse of the witches’, adaptation of a popular novel of Roald Dahl. Not enjoyed the expected success, but it quickly became a cult film. A long time ago that Hollywood is trying to bring out a new version that finally fell into the hands of Robert Zemeckis. Now the news is the signing of Anne Hathaway to interpret the character in the first version had the face of Anjelica Huston.

The 22 best movies of witches of all time

‘The witches’ tells the story of a child of a boy 7 years you see how his path crosses with that of a group of witches real, they have planned to slay all the children of the United Kingdom turning them into mice. The child finds out, but before he can flee is turned into a mouse, something that will lead you to live a great adventure to neutralize the sinister witches.

The own Zemeckis will write the script, while in production tasks, we will find Alfonso Cuaron, and Guillermo del Toro. It was expected that this last one went, but finally abandoned the project for the benefit of the responsible tape as ‘Back to the future’ or ‘Forrest Gump’.

it has Also been clarified that this new adaptation will be closer to the original work. And is that the movie directed by the late Nicolas Roeg alter significantly its outcome and in addition lightened the load dark for a few moments at the express wish of its maker. Anyway, I remember that ‘The curse of the witches’ is pretty dark to go towards a child audience, so I’ll have to see how the public receives a proposal that is still…

'The curse of the witches': Nicolas Roeg signed a remarkable film terror in the family (despite the hatred of Roald Dahl)

–
The news Anne Hathaway will be the villain in the new adaptation of ‘The witches’ that prepares Robert Zemeckis was originally published in Espinof by Mikel Zorrilla.

Das Seekabel zwischen Venezuela und Kuba als “running” Tests Internet-Verkehr
Kuba hat bestätigt, dass sie die Ausführung von Tests auf der Internet-...
Twitter for Android lets you turn on the chronological order, we tell you how
two years Ago Twitter changed the way that showed the tweets in our time...
Nioh shows its launch trailer
Demons and japanese folklore in the exclusive PS4 arrives tomorrow.Koei Te...
When genetics was considered a bourgeois pseudoscience
genetic did not always have the acceptance and recognition it has tod...
Bibliography ►
Phoneia.com (January 16, 2019). Anne Hathaway will be the villain in the new adaptation of ‘The witches’ that prepares Robert Zemeckis. Recovered from https://phoneia.com/en/anne-hathaway-will-be-the-villain-in-the-new-adaptation-of-the-witches-that-prepares-robert-zemeckis/

This article was published by Phoneia, originally published in English and titled "Anne Hathaway will be the villain in the new adaptation of ‘The witches’ that prepares Robert Zemeckis", along with 18989 other articles. It is an honor for me to have you visit me and read my other writings.
◄ Netflix returns to reunite with Steve Carell and the creator of ‘The Office’ in a series about the Space Force of Donald Trump
Nike launched their shoes for basketball that are adjusted automatically with iPhone control ►