Will be funded on Kickstarter.

independent study Box Hedge Games has announced that Super Mighty Power Man, a game of platforms and action 2D inspired by the saga of Capcom’s Mega Man. Will launch first in Switch, 3DS and PC, with versions confirmed for PlayStation 4 and Xbox One that will arrive later.

Box Hedge Games plans to launch a funding campaign on Kickstarter, but their date and number to raise has not been announced. 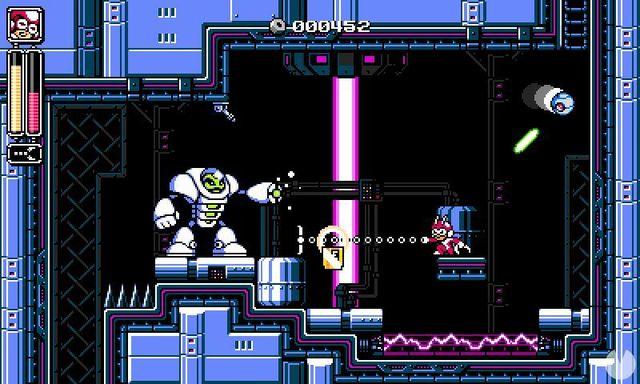 Its creators say inspired by the NES games of the 80’s and 90’s. Plus Mega Man also picks up ideas of Castlevania, Against, Duck Such, Kirby, Super Mario Bros. and other more recent as VVVVVV, Retro City Rampage and Shovel Knight. We will be able to exchange the suit for eight different with their respective weapons and abilities.

Are available some issues of its soundtrack on SoundCloud.