Announced The Idolmaster: Stella Stage for the PlayStation 4

You will arrive on the 21st of December to Japan.

Today, during the conference from Sony at the Tokyo Game Show, we have been able to attend the presentation fleeting of a new video game of the series The Idolmaster of Bandai Namco. Titled The Idolmaster: Stella Stage, will to the PlayStation 4 on the 21st of December to Japan.

As is usual in this saga, we will interpret the role of a producer of the agency 765, in charge of managing the careers of different musical artists. In the first images distributed, we can see how they appear some of the protagonists regular series The Idolmaster as well as revealing some details of the gameplay. 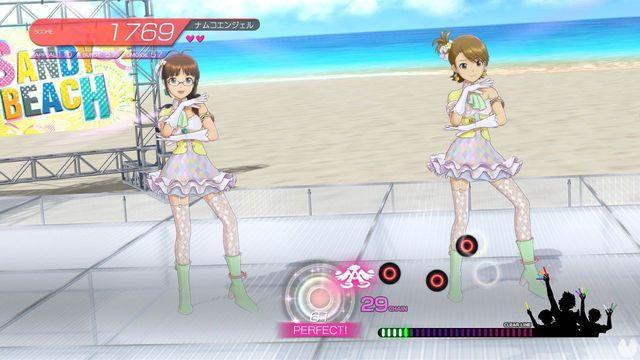 According to have confirmed from Bandai Namco will provide more details of the gameplay and the title in general in one of the retransmissions of the well-known program Nico Nico. We leave you with the first images.

Download Premium WordPress Themes Free
Free Download WordPress Themes
Download Premium WordPress Themes Free
Premium WordPress Themes Download
udemy course download free
download xiomi firmware
Download Best WordPress Themes Free Download
udemy paid course free download
Announced The Idolmaster: Stella Stage for the PlayStation 4
What about this week in my favorite series? ‘Limitless’, ‘Game of Thrones’, ‘Penny Dreadful’ and more
on Monday more we turn to our appointment What a Tele! with reviewin...
Netflix cancels ‘Day to day’: the Alvarez family says goodbye after three seasons filled with pure heart
it Was a death almost foretold (or, at least, of those that are to co...
How to create an animated GIF from a video in Android
The videos are very good, but sometimes you need an animated GIF of a l...
Amazon launches in Spain its music service in ‘streaming’ to compete with Spotify
20 MINUTES.IS Amazon Music Unlimited has landed in Spain.The service has a...