Antena 3 announces another new series, the historical and war ‘Times of war’ 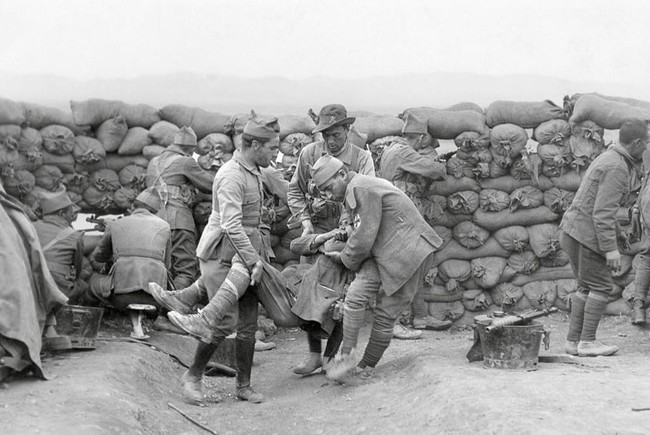 Antena 3 and Bamboo continue to collaborate on new series. The chain has announced today the production of another title to add to his catalogue, ‘Time of war‘, a series that will continue the trend of Spanish fiction by the productions of a historical, or period. In this case, that time will be 1921 and, instead of focusing on high-end hotels or in families of high society, he will in the war of Africa.

Created by Ramon Campos and Gema R. Neira, its protatonistas will be the nurses from the queen Victoria Eugenia sent to north Africa to attend to the wounded soldiers in what is known as the Disaster of Annual, the worst defeat suffered by the Spanish army in the War of the Rif against the moroccans who fought against the Spanish protectorate in the area.

The main protagonists of the series will be Alicia Borrachero and Veronica Sanchez, and it will be interesting to see what tone he adopts in the series. Will it be something more friendly, like ‘Velvet‘? Or do you move by roads something more similar to the american series ‘Beach China‘, about nurses in the Vietnam war?

In Go Tele! | ‘The house of paper’ will be the new series of Antena 3

These are the best deals that you can find in TDTienda

More wood: 'the end of The road' opens Wednesday in La1

–
The news Antena 3 announces another new series, the historic and war ‘Times of war’ was originally published in Go Tele by Marina Such .