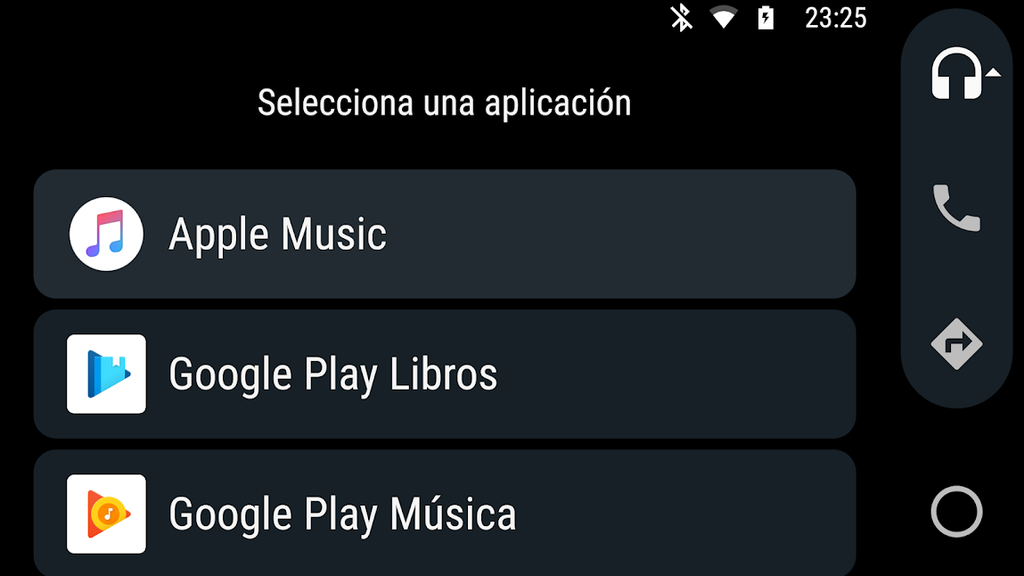 If you are subscribed to Apple Music and use Android Auto then we have good news, since Apple has updated the app for its music streaming service so you can listen to your tunes in your car.

from the version 2.6 we may use Apple Music on Android Auto, either from the Android application Car or in the car compatible with the Android platform to cars.

To use Apple Music in Android Auto so you just have to click on the tab “Music” to open the drop-down with all the music apps supported. With the latest version of Apple’s Music you can select your application.

In this way, Apple has advance in to the same Google, because they still YouTube Music is not yet compatible with Android Auto. Google announced that the support would come soon but Apple Music has gone before.

This has not been the only novelty of this new version, now we can also search for songs by typing in snippets of lyrics of songs, have redesigned the artist page, and have added a new playlist Mix called friends which is developed with the favorite music of our friends.

Apple Music has a catalog of over 50 million songs to which we have access to through their various subscriptions. We have the monthly subscription individual – $ 9.99/month (individual), the family of 14,99 €/month (up to 6 people) or the subscription for students of 4.99 €/month. We can test your music service free for three months.

–
The news Apple Music comes to Android Auto was originally published in Xataka Android by Cosmos .