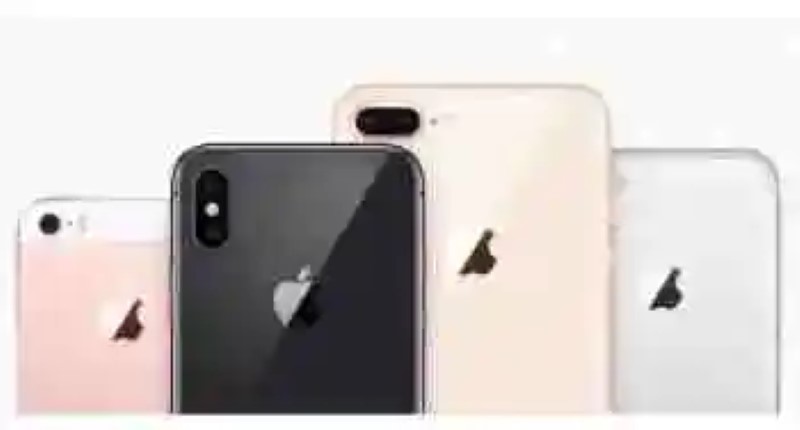 Apple today announced financial results for the first fiscal quarter of 2018, which corresponds to the fourth calendar quarter of 2017.

Apple presents its report of findings Q1 2018
Apple today announced financial results for the first fiscal quarter of 2018, which corresponds to the fourth calend...

In this period, Apple has achieved a total income of 88.3 billion dollars, with a net profit of 20.1 billion, 3.89 dollars per share. These data are compared to 78.4 billion entries and 17.9 billion of profits, and 3.36 dollars per share in the same period of the previous year. The inputs and returns number of action have been records in the history of the company.

The gross margin for the quarter was 38.4%, compared to 38.5% a year earlier. International sales represent 65% of the entries. Apple also declared a dividend payment of 0.63 dollars per share, which was paid on February 15 to shareholders who have registered prior to February 12.

► 5 animes in emission should be looking If you do not yet know that animes see ...
► Hideo Kojima on Death Stranding: ‘Even now, I don’t understand the game’ The creator of Metal Gear says that he has w...
► UCCW Skin: Tiles 4.0 by dadilydoo tutorial step by step > Now we click a few seconds on deskt...

In this quarter, Apple sold 77.3 million iPhones, compared with the 78.3 million in the year-ago quarter. Sales of iPads increased slightly from 13.1 million to 13.2 million this year, and the Mac fell from 5.4 million to 5.1 million.

God Wars: Beyond Time will demo next week in Japan
. A new trailer is presented Kadokawa Games has shown a new trailer for...
Tech Tips for Businesses in 2023
As a business owner, you will always want to stay current when it com...
KitKat Android News: Google Voice Assistant Now always listening
One of the most appealing aspects of the iPhone 4S (the time) was the ...
’22 .11.63 ‘, First trailer for the highly anticipated adaptation of the novel by Stephen King
More than two years nos learned that the company J.J. Abrams wanted ...
Bibliography ►
Phoneia.com (February 4, 2018). Apple presents its report of findings Q1 2018. Recovered from https://phoneia.com/en/apple-presents-its-report-of-findings-q1-2018/

This article was published by Phoneia, originally published in English and titled "Apple presents its report of findings Q1 2018", along with 18986 other articles. It is an honor for me to have you visit me and read my other writings.
◄ Goya 2018: a gala in which the claims have been drowned out by the excesses of the humor Chanante
Filtered several accessories for the Galaxy S9: more evidence that the dual camera will be exclusive for the model ‘plus’ ►