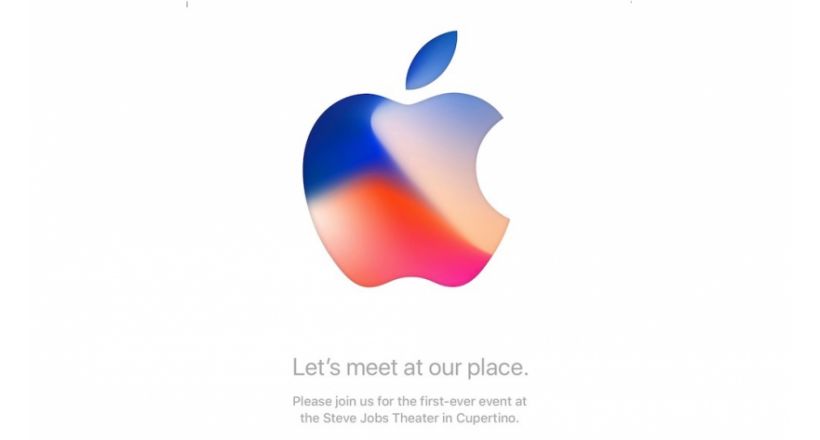 Apple today sent invitations to the media for its event that will be held on 12 September at 10:00 AM (Pacific Time) at the Steve Jobs Theater on the campus Apple Park in Cupertino, California. In the invitation to read the phrase “Let’s meet at our place” (encontremonos in our house).

This event, like those held in September in previous years, it is the time of the presentation of the new iPhones. This year in particular it is expected a major change in the design of the iPhone, with a display edge-to-edge, vertical chamber, facial recognition, a better processor, and inductive charging wireless.

it Is also hoped that the new iPhone has a body of glass, a choice of computer OLED it would be a premium model of a higher price, which would be sold along with models LCD of 4.7” and 5.5”, with a design similar to the existing equipment.

it is Also expected that Apple will present the third generation of Apple Watch chip LTE that will allow you to work without relying on an iPhone; in addition to news about iMac Pro and HomePod and Apple TV 4K.

it Is also likely that present important advances of iOS 11, macOS High Sierra, tvOS 11, and watchOS 4.

Apple will be a live broadcast of the event on its Website and on Apple TV.