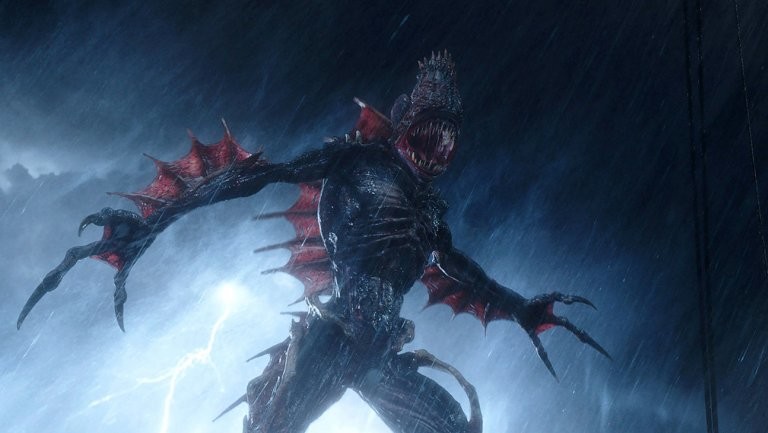 Although many of you already know that ‘Aquaman’ it was not saint of my devotion, I admit that the film directed by James Wan for the DC Universe has some particularly inspired, being one of the most mind-boggling the descent into the Pit after a little fight on the high seas with the scary creatures that dwell therein.

After seeing how the first adventure film in the solo of the king of the seven seas has swept the box office, toppling ‘The dark knight’ as the adaptation of comics DC highest-grossing of the story after overcoming the 1,100 millions of dollars of revenue, it was logical that the people of Warner, I would like to exploit your goose that lays the golden eggs, and your plan of attack, as has been revealed The Hollywood Reporter, passes by us to go back, precisely, to the Pit.

The average north american has reported exclusively that the studio is already working on a spin-off in the key of terror, entitled ‘The Trench’, set in the dark part of the kingdom of Atlantis is populated by monsters amphibians. For the moment, he has transcended that Warner bros. has hired screenwriters Noah Gardner and Aidan Fitzgerald —wizards of J. J. Abrams in Bad Robot at the time of ‘Super 8’— and that will not feature the main cast of ‘Aquaman’. Wan, for his part, will produce.

Find an appropriate leader and a good approximation of the story in terms of tone is concerned, I could leave a product highly interesting. We will see what involved with the gruesome lore that created by Geoff Johns and Ivan Reis in 2011 for the fantastic stage of ‘Aquaman’ of the New 52 A base material optimal, since then, they do not lack.

'Aquaman' launches epic trailer final: Jason Momoa claims the throne of Atlantis and the respect of the fans of DC

–
The news ‘Aquaman’ will have a spin-off in the key of terror set in the Pit was originally published in Espinof by Victor Lopez G. .