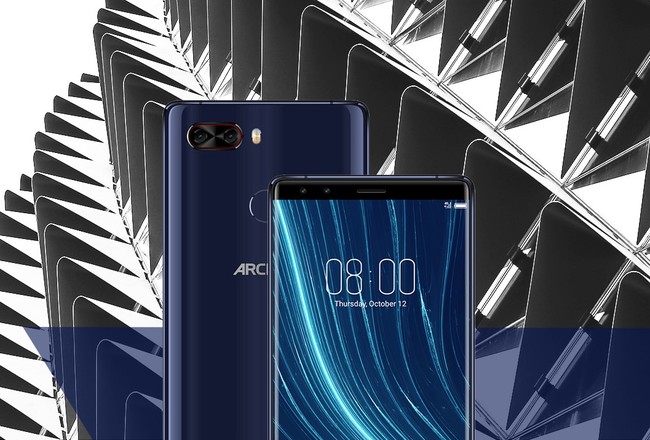 Yesterday we met, almost suddenly, the Nubia Z17S, a high-end that assumes a slight evolution of its predecessor, and you pointed to the trend of mobile phones “without frames”. Account with the same amount of power as disproportionate, getting to have even a version of 8 GB RAM keeping the Snapdragon 835 as his brain.

On this occasion it is not exactly the Nubian Z17S the protagonist of this article, but yes. Archos, once in a while, throw some mobile Nubian renowned to sell it in Europe, but it is the first time you do this with one just as powerful as the Z17S. The name of this mobile phone is Archos Diamond Omega and has all of the specifications of the beast of Nubia.

And we refer to both its hardware (Snapdragon 835, 8 GB RAM, 128 GB of internal memory, same cameras…) as well as software, which comes standard with Android 7.1.1 Nougat under Nubia UI 5.0. Despite the fact that the high-end chinese account also with a more “humble” of 6 GB of RAM, on the website of Archos just figure the more powerful.

As a reminder, other specifications that will inherit this Archos Diamond Omega are the double rear camera of 12 + 23-megapixel, front-5 +5 megapixel camera, the battery of 3,100 mAh, or the FullHD screen of 5.73 inches. Features support dual-nanoSIM, NFC, Bluetooth 4.1 and USB adapter-C-to-mini-jack because they do not have this port.

The smartphone can be pre-ordered in the web Archos, and shipments will begin on the 20 day of November. As for the price, will be 499,99 euros, almost the same that announced the tweet of Roladn Quandt (which you can see above), I mentioned that it would be 499 € , and not dismissed as an interesting option for those who like this type of mobile. Do you feel some temptation to get this mobile?

Via | GizmochinaIn Xataka Android | Nubia Z17S, comparative: this is in front of the rest of the high-end of Android

–
The news Archos Diamond Omega: the very Nubian Z17S renowned for its sale in Europe was originally published in Xataka Android by Santiago Luque .