beyond the proposals of the own Google, which last October announced the Pixelbook Go, the market of computers with Chrome OS continues to progress without hurry but without pause. One of the appointments where it more Chromebook models are presented is often the CES is held every year in Las Vegas.

True to his appointment, edit 2020 he has left us already multiple computers of different brands. Samsung, which in October launched the Chromebook 4 and 4+, has now announced the Samsung Galaxy Chromebooks, while ASUS has also launched the successor to the Chromebook Flip C434 that we saw last year. Nor do we forget Lenovo, which comes stomping with two alternatives. 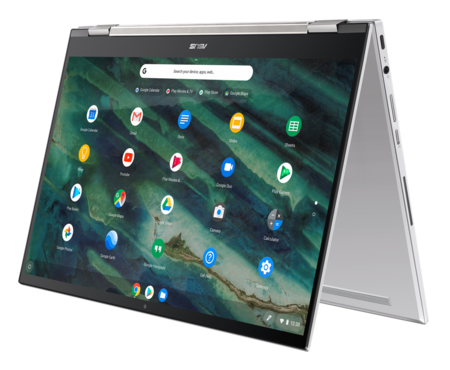 The new ASUS Chromebook Flip C436 has been designed to offer a multimedia experience optimal, so that includes a hinge 360 degrees and a touch screen of 14 inches with virtually no frames. In addition, it boasts a stylish chassis in magnesium alloy with four speakers Harman Kardon built-in, and a fingerprint sensor integrated in the power button.

it Provides support for the stylus USI, CPUs Intel-Core 10th Generation, SSD and faster WiFi-6. The ASUS Chromebook Flip C436 will be available in silver or white from the beginning of march 2020, but the company has not specified the launch price. 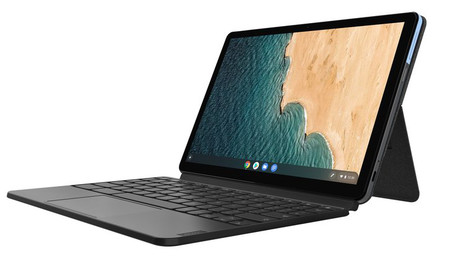 The Chromebook IdeaPad Duet is a computer 2-in-1 detachable that includes a 10.1-inch screen (1,920 x 1,080 pixels) and a ultrathin keyboard and removable with a touch panel. In this way, not only can be used as a laptop, but also as a tablet with a kickstand to, for example, to see a movie.

In its interior, we have a processor MediaTek Helium P60T along with 4 GB of RAM and up to 128 GB of storage. The Lenovo IdeaPad Duet will be available from may from 279 dollars (about 250 euros at the exchange), including the keyboard and the support.

The Lenovo IdeaPad Flex 5, for its part, is a convertible with a hinge 360 degrees and a touch screen full hd 13.3-inch that supports writing with a pen or with the fingers. Allows you to choose up to an Intel Core i5 tenth generation with 4 GB or 8 GB of RAM and two options of storage: eMMC 32 GB, or 64 GB or a SSD PCIe 128 GB.

it is Also compatible with Wifi 6 e includes a backlit keyboard and spill-resistant with two small speakers from 2 W each side. Will be available from June 2020 at a price starting from 359 us dollars, which is equivalent to about 322 euros. 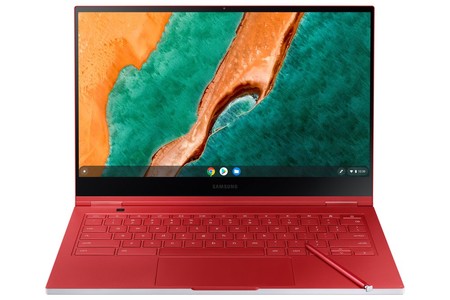 Available in gray or in a bold red color, the new Galaxy Chromebook comes with a stylus built for drawing and taking handwritten notes in your screen AMOLED 4K 13.3-inch with function Ambient EQ, which automatically adjusts levels of brightness and color temperature of the lighting around you.

it Is made of aluminum, has a thickness of only 9.9 mm and features an Intel Core 10th Gen, up to 16 GB of RAM LPDDR3, an SSD of 1 TB, WiFi 6 and sensor footprints. The Galaxy Chromebook from Samsung will go on sale in the united States at the end of march and will have a price of 999,99 dollars, which is the equivalent of approximately 898 euros the current exchange.