Horizon Zero Dawn: Complete Edition, God of War III Remastered and Nioh add to this line of success of PlayStation 4.

PlayStation welcomes new games to its online PlayStation Hits. As of today, June 28, users will be able to be done with Horizon Zero Dawn: Complete Edition, God of War III Remastered and Nioh in format physical and the digital through the PlayStation Store for a price of 19.99 euro.

The machines, creatures, mechanical of unknown origin, have taken humanity to the domain of the wild lands in a world that is lush and post-apocalyptic. The players, as the protagonist Aloy -one of the new iconic characters of PlayStation – will have to face them.

The players will be again in the skin of the legendary Kratos, the Ghost of Sparta, in his path of destruction and vengeance against the gods who betrayed him. Set in the Greek mythology, God of War III Remastered brings the acclaimed adventure PlayStation 3 to PlayStation 4.

The story takes players to the bloody Sengoku period, an era in which the lands of japan were devastated by warring. William, a samurai without master, he will fight for the strength with your sword to open up wherever he goes and do away with their enemies, both human and demonic.

PlayStation Hits is a selection of the best games of the catalog of PlayStation 4. The reduction of these games is permanent, so that users can purchase for this price whenever you want. 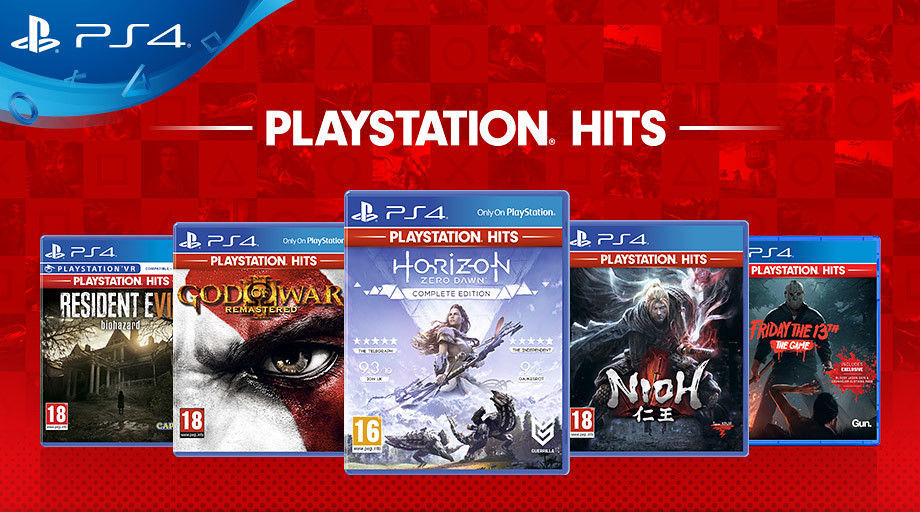