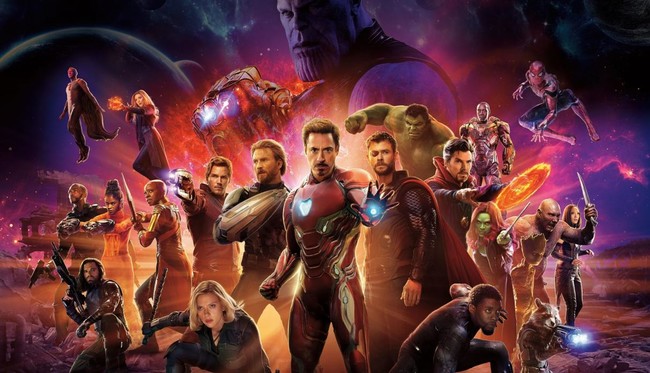 he Only needed to 11 days to add this to another record, surpassing by just 24 hours, the brand that had ‘Star Wars: The awakening force’ (‘Star Wars: The Force Awakens’, 2015). The Episode VII of the saga galactic ended his commercial career with 2.068 million; the 3rd highest grossing movie of all time (under ‘Titanic’ and ‘Avatar’). What the anticipate ‘Avengers 3’? It is possible, taking into account that you still have to get to the cinema, chinese…

With the entry ‘Avengers: Infinity War’, extends to 34 list of feature films that have reached the barrier of 1,000 million of dollars at the box office. The previous one that I got was, interestingly, another production Marvel Studios: ‘the Black Panther’, premiered last February. And as a curious fact, which opened this club becoming less exclusive was ‘Titanic’ (1997).

Other data is very striking about the success of the last adventure of the ‘Avengers’ is that only took four days to exceed the total revenues obtained by the large gathering of the superheroes of DC; ‘Justice League’ (‘Justice League’, 2017) harvested 657 million worldwide after its passage by the billboards.

Recall that the next premiere of Marvel is ‘Ant-Man and the Wasp’ (4 July). In 2019 will arrive ‘Captain Marvel’ (8 march) and the fourth adventure of the Avengers (may 3).

In Espinof | Spielberg to Marvel: this is the tradition to congratulate box office records dating back to 1977

'Avengers: Infinity War' the rampage at the box office and achieved the record for the highest opening in history

Algaenergy: how to use microalgae to clean the air and produce food?