Battalion 1944 announced a multiplayer action game for PC, PS4 and Xbox One

It will be financed through Kickstarter
Bulkhead Interactive has announced its new game, Battalion 1944 , a set of a fiction first-person set in World War II to look back to the roots of the titles multiplayer. The title will hit One Xbox, PC and PlayStation 4 in 2017 provided they get their funding targets 130,000 euros in .
Offering trailer and multiple images, Bulkhead Interactive has detailed Battalion 1944 function under the engine Unreal Engine 4 , and we move to some scenarios emblematic of the conflict that devastated Europe. In this way, we will fight in places like or Normandy Carentan in both urban and rural settings

The team is putting special measures attention to realism, providing highly detailed modeling of uniforms and equipment , as well as weapons and rifles of various contenders, allies and enemies. In addition, Bulkhead Interactive is building a system online competition and a number of unique measures to prevent cheaters in their games.
The campaign finance Battalion 1944 to 1944 ends next March 3 . If we donate about 17 euros, developers will guarantee us a copy of the game. Approximate launch date is scheduled for May 2017. href=”https://www.kickstarter.com/projects/bulkheadinteractive/battalion-1944-pc-xb1-ps4″ You have more details on its website Kickstarter .
We leave you with your trailer and first pictures which correspond to the alpha version of the title. 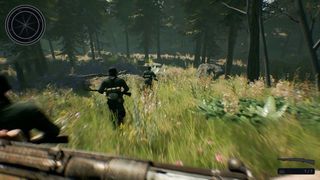