BatteryGuru: a free application to prolong the life of your battery and improve your habits of charging 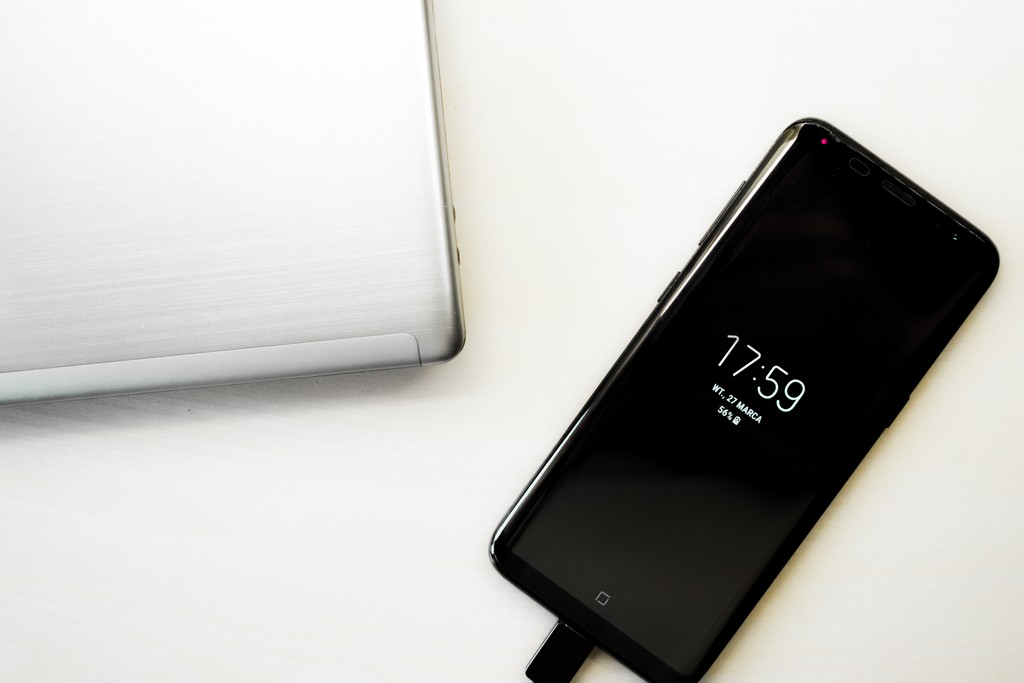 in general, do not tend to recommend apps to save battery, for two main reasons. The first, a great part of them is limited to close applications in the background, seconds later, re-open it again, wasting even more battery power that are intended to save.

The second is that with the latest versions of Android the battery is already managed sufficiently efficient (at least in the versions cleaner), so that there is usually no need for an app to increase the autonomy.

however, from time to time we find a different application, that can really help to improve the useful life of our battery. BatteryGuru, an app that we have known thanks to XDA Developers complies with this role something different than what we usually find in the apps store of Google, so let’s take a look.

BatteryGuru, an app to improve the health of your battery 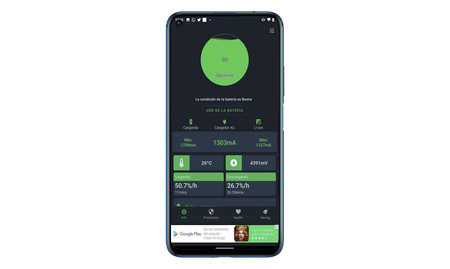 The energy saving applications usually have a button to ‘optimise’ that closes applications in the background, and little more. This application is not dispensed with that button, but you try to go a little beyond. The main section is the ‘info’, and shows us relevant information, such as the number of milliamps that it is receiving with the load, with its peaks and minimum and maximum. It is something that reminds us of the functioning of Amperebut with more options by the way.

this section also shows us how much percentage of battery is being charged each hour, as well as the percentage of downloads per hour. In addition to these, we also see battery temperature, one of the critical points to determine how it is going to age the same.

BatteryGuru program notifications for when the battery exceeds (or low) a certain level of load, as well as certain levels of temperature 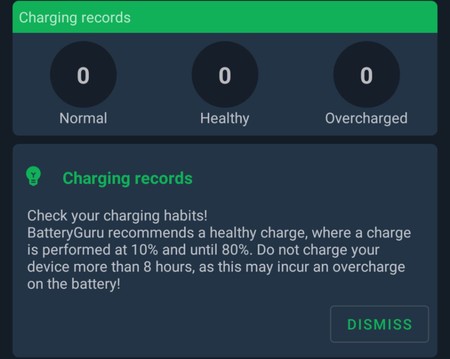 BatteryGuru categorizes the load cycles on the basis of the type of cargo that we have done.

Another interesting fact is that of the quality of the load cycles. In general, the optimum is to keep the battery between 20% and 80%, so that, if we charged the phone in between these values (the app is more benevolent and allows you to get down to 10%), we mark the cycle as ‘Healthy’. If we have left a little of these values are marked as ‘normal’, and if we have overloaded the device, it will set the cycle in ‘overcharged’, In this way, can we have a visual record of load cycles.

How to calibrate the battery of your mobile 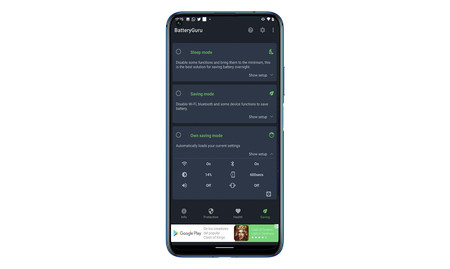 The app also features options to level of safety of the battery. In particular, it allows us to set alerts quite interesting, concerning, the minimum and maximum temperature of the battery, as well as the percentages in which it moves. You can set this accurately, in order to, for example, receive a warning when the battery is loaded more than 80%, or when the low of a percent.

we Emphasize, finally, custom modes to save energy, one of the options that we liked. By default, we found the sleep mode and the saving mode, which adjusts the connectivities in such a way as to minimize the consumption. However, we can adjust this custom in a way in which we can play with the following. Vivo Y15: a huge battery and rear camera triple for less than 200 euros

SuperFreezZ, an alternative to Greenify open source to close apps in the background automatically

–
The news BatteryGuru: a free application to prolong the life of your battery and improve your habits of charging was originally published in Xataka Android by Ricardo Aguilar .

phoneia.com (November 12, 2019). BatteryGuru: a free application to prolong the life of your battery and improve your habits of charging. Bogotá: E-Cultura Group. Recovered from https://phoneia.com/en/batteryguru-a-free-application-to-prolong-the-life-of-your-battery-and-improve-your-habits-of-charging/