Battle Princess Madelyn shows its action in a new video

The RPG will arrive in February of 2018 to different platforms.

Battle Princess Madelyn is a RPG in the style of the Zelda classic will be available February 2018 on PC, PS4, Xbox One, Switch, Wii U, and PS Vita. Causal Bit Games, the development team has wanted to distribute a video where he shows the universe where the action of this title. 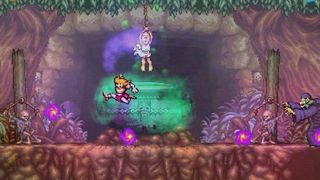 Battle Princess Madelyn players will incarnate to the warrior Madelyn in your adventure through the castle you will have to explore and its surroundings.

The game features 10 levels divided into 5 stages. In addition, it lends itself to replayability thanks to the fact that many areas hidden secrets that players can unlock.

on the other hand, music accompany you at all times the state of mind of the protagonist, and Fritz, his dog ghost. Fritz, in turn, will be obtaining powers as you progress in the game that help you unlock the puzzles and those inaccessible areas. 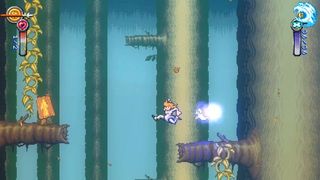 The title, on the other hand, will issue a limited amount of physical for PS4. However, it is possible to also have edit physical Switch, and PS Vita.

Free Download WordPress Themes
Download WordPress Themes Free
Premium WordPress Themes Download
Download WordPress Themes
udemy free download
download lenevo firmware
Premium WordPress Themes Download
udemy free download
Battle Princess Madelyn shows its action in a new video
Resident Evil 3 Remake: Nemesis will leave her in diapers at Mr. X, according to its creators
'Nemesis has its own stamp of terror', said the producer Peter Fabiano. In...
How they made the sequence more complex and dizzying ‘Inside the labyrinth’
Is one of the sequences most rare, hypnotic and emblematic of the film ad...
Join the beta program of Dolphin Browser Play Store
Since there are several applications that use the Play Store to manage...
The Xiaomi Mi Band 4 is again filtered and points to a colour screen and support for voice commands
One of the wearables more popular, particularly when we talk about brac...