Bethesda: ‘This is the time of Starfield’, not Elder Scrolls 6

Todd Howard explains that they wanted to do something new outside of Fallout and The Elder Scrolls.

Starfield will be launched before The Elder Scrolls IV because Bethesda wanted to make something new to complement their sagas of role, has commented Todd Howard IGN.

The producer and creative director, explains that for many years the team alternated Elder Scrolls and Fallout, but now wanted to develop other ideas. Starfield it is the game you have wanted to do, “for a long time”, and once completed Fallout 4 decided it would be their next great game.

“you Have Starfield in the head and then say, ‘well, when?’ It could be never. But look, we are creative, and it was as if we had to do this game and at this time. So Elder Scrolls 6 will have to wait a little more“. Howard also highlights the existence of The Elder Scrolls Online, which will continue to receive content.

Long time until the next The Elder Scrolls

Already it’s been eight years since Skyrim and still lack enough to see TES VI, but Howard believes that “it is good to miss something.”

“I Think that it will make people see you with another look. When we show the game and what we have in mind, you will understand the leap in technology and what we want to do. it Is a game that we need to design for what they want to play for a decade, as Skyrim, at least“.

Starfield will not be present at E3 2019 because it does not teach you too much until closer to its launch. 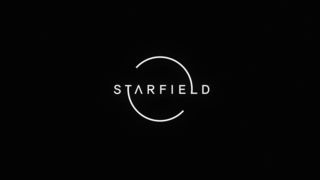 Bethesda: ‘This is the time of Starfield’, not Elder Scrolls 6
Source: english
June 6, 2019