‘Birds of prey’: the first reviews of the new movie of DC are very positive and compare it with ‘Deadpool’ or ‘John Wick’ 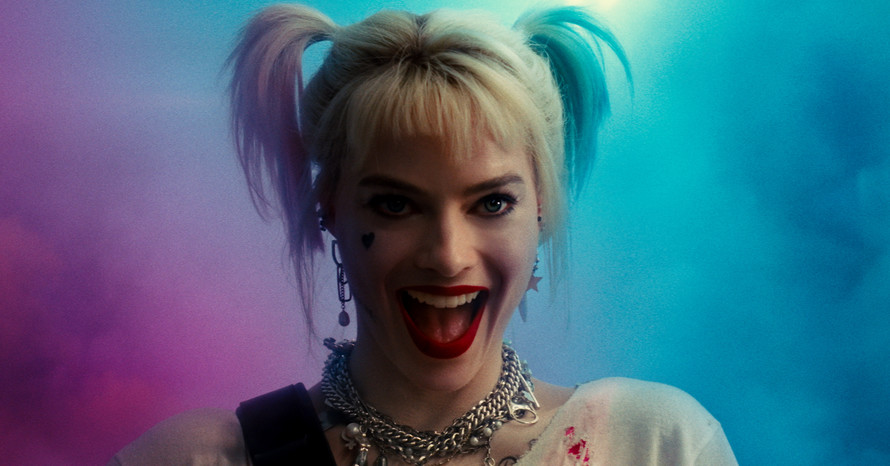 The general consensus seems very positive, with only a couple of reactions mixed in the last few hours, after the preview in london of the film Cathy Yan. It is said that the entire cast is in full form, with Margot Robbie, Rosie Perez and Mary Elizabeth Winstead, in particular, receiving almost all the accolades. Ewan McGregor you also receive some mention, but it seems that his interpretation of Black Mask is going to cause division of opinions among the fans.

Believe this. #BirdsofPrey whips all sorts of ass. It is a hard-hitting, unapologetic origin story for the team, and a terrific, vicious vehicle for #MargotRobbie. Violent, funny with CRAZY fun action. And Ewan McGregor is on a different frequency, but wildly entertains! See it! pic.twitter.com/g66RYuwwlD

“An origin story convincing to the computer, and a vehicle terrible and vicious for Margot Robbie .

Violent, funny, with action CRAZY. And Ewan McGregor is on a different waveform, but entertains wild!”

All the movies in the Universe Paving of DC, ordered from worst to best

I realllllllly enjoyed @birdsofpreywb. One of my favorite DC films. Great mix of action and fun, and achieves things I've never seen in a superhero movie before pic.twitter.com/BpxFtQfAmY

“I Really enjoyed the movie. One of my favorite movies of DC. Great combination of action and fun, and achieved things I had never seen before in a superhero movie”.

Just saw #BirdsofPrey and am happy to report that it's my favorite modern DC movie yet. Like Shazam, it carves its own path with totally unique aesthetic, action, and tone. Margot, Ewan, and all the rest are 100% fantabulous. Why aren't there more roller skate action scenes?? pic.twitter.com/BDipKiB0qU

“I am pleased to inform you that it is my film DC modern favorite. Like Shazam, it creates its own path with an aesthetic, action and tone completely unique. Margot, Ewan and all the others are 100% fantastic. Why is there not more action scenes on roller skates?

The only fair comparison for #BirdsOfPrey, if you want one, is Deadpool. They have a lot in common, especially their use of fourth-wall breaking and R-Ratings! pic.twitter.com/yGemqvJmMa

“The only fair comparison, if you want one, it ‘Deadpool‘. I have a lot in common, especially the use of breaking the fourth wall and classifications R!”

#BirdsofPrey is like if John Wick were run through a crazy funhouse filter and stuffed full of glitter and f-bombs. It's everything you could ever want from #HarleyQuinn and her badass girl gang. Into this movie completely. ?? pic.twitter.com/Y2DZgPYN2Y

“it Is as if ‘John Wick‘ was breached by a filter crazy and full of glitter and swearing. It is everything you could want from Harley Quinn and her gang of girls hard”.

#BirdsofPrey is KILLER. To slow start and awkward plotting doesn’t stop the movie, and these characters, from soaring in the end. Wildly violent, F-bombs out the wazoo, and the best bat fight scene since The Raid 2. If Margot Robbie could control this part of the DCEU, she should. pic.twitter.com/bewnj8npaJ

A slow start and a plot you uncomfortable, do not stop the movie, and these characters, at the end, you shoot. Fiercely violent, swearing, and the best fight from ‘The Raid 2′. If Margot Robbie could control this part of the DCEU, you should do so.

#BirdsofPrey stands very high in the DCEU. This follows a modern take on Harley Quinn, breaking 4th wall etc, but the jokes never get old and Director Cathy Yan successfully balances comedy, drama & killer action. The cast own their roles with style and leave you wangting more. pic.twitter.com/K90mCv3SEH

“it Is very high in the DCEU. This follows a modern version of Harley Quinn, breaking the fourth wall, etc, but the jokes never go out of fashion, and director Cathy Yan balances with success comedy, drama and action killer. The cast owns their roles with style and leaves you wanting more”.

–
The news ‘Birds of prey’: the first reviews of the new movie of DC are very positive and compare it with ‘Deadpool’ or ‘John Wick’ was originally published in Espinof by Kiko Vega .

‘Birds of prey’: the first reviews of the new movie of DC are very positive and compare it with ‘Deadpool’ or ‘John Wick’
Source: english
January 30, 2020