BlueStacks, one of the best emulators of Android, is passed to the Nougat, and you can already test 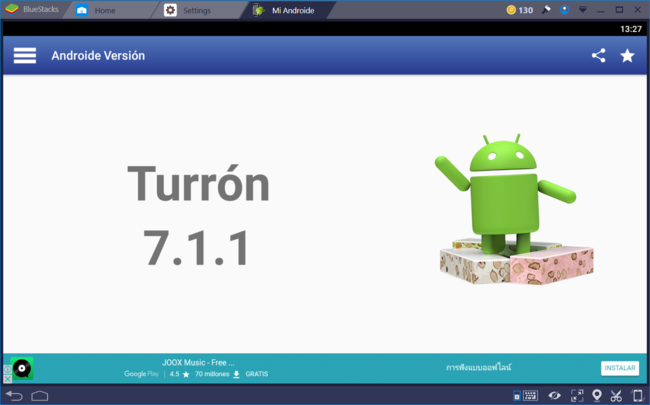 we Already know how much it costs us have our mobile updated to the latest version of Android, and the same thing happens with the emulators Android. BlueStacks, one of the emulators with the greatest journey, just upgrade your Android version to Nougat, in beta for now.

To be based on a Nougat, you ensure compatibility with the latest apps that need that version of Android, but another interesting advantage is that, according to its creators, is faster than BlueStacks 3,

From KitKat to Nougat

With great speed also have large minimum requirements, so before you jump to test the latest version you must have 4 GB of RAM, 4 GB disk space processor with virtualization extensions VT, although it is recommended to 6 GB of RAM or more, SSD hard disk and graphics card Intel HD 5200 or higher. The 3rd version of BlueStacks required a half of RAM to run. 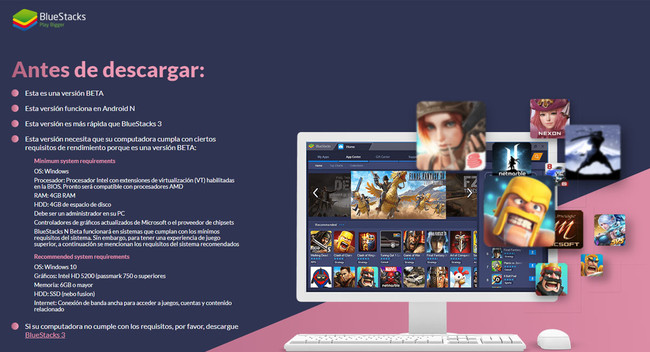 The vast majority of emulators for Android are based on Android KitKat, which begins to be a problem when your percentage of use is only 12,8% and therefore the developers no longer support. Updating BlueStacks to Nougat represents a breath of fresh air and a compatibility much better with the latest games and applications.

For now, the version of BlueStacks with a Nougat is considered Beta, but you can download from here. The download is around 368 MB and takes a while to install and boot, so patience.

–
The news BlueStacks, one of the best emulators of Android, is passed to Nougat, and you can already try was originally published in Xataka Android by Ivan Ramirez .

BlueStacks, one of the best emulators of Android, is passed to the Nougat, and you can already test
Source: english
January 22, 2018