‘Bond 25’ has already cast official: Rami Malek confirmed as the villain of the new movie of 007 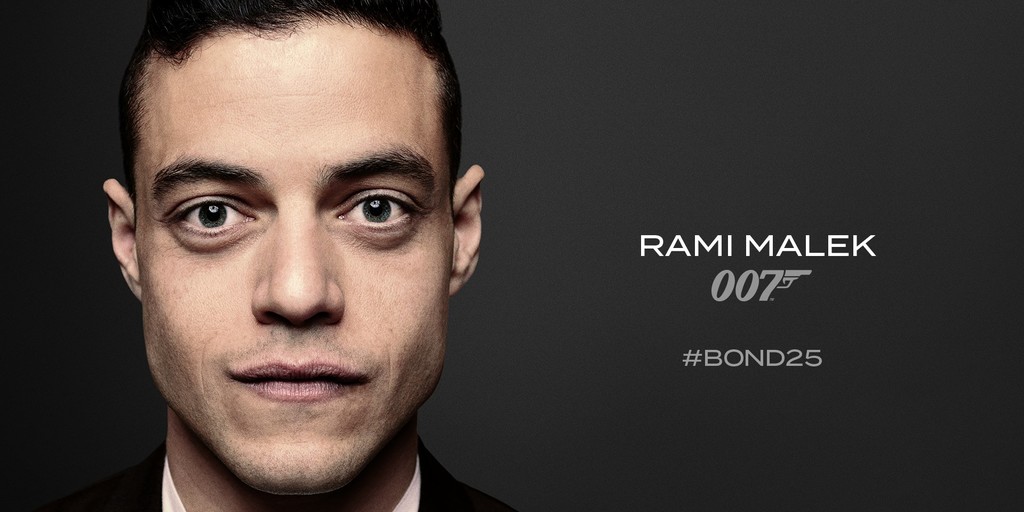 we finally got out of doubts about the cast new movie of 007. Sony and MGM have been made an official presentation of the project which is still referred to as ‘Bond 25’ (the final title will be announced later) and have confirmed the names of the actors that will accompany Daniel Craig, again in the skin of the popular british spy.

Next to him again Ralph Fiennes, seydoux, Ben Whishaw, Naomie Harris, Rory Kinnear and Jeffrey Wright. The big news is the signing of Rami Malek to play the villain; the star of ‘Mr. Robot’ comes to the franchise after winning the Oscar for his portrayal of Freddie Mercury in ‘Bohemian Rhapsody’.

The other new faces that add to the saga of 007 are Dali Benssalah, Lashana Lynch, Billy Magnussen, David Dencik and Anna of Weapons, which adds another blockbuster in Hollywood after his role in ‘Blade Runner 2049’. A cast is very interesting for the sequel, which has as its date of premiere on the April 8, 2020.

A word about #BOND25 from Rami Malek pic.twitter.com/CLJ5mpO9mu

Joining the cast of #BOND25 is Lashana Lynch (@LashanaLynch) pic.twitter.com/SyMGsKtH4S

Also in #BOND25 will be David Dencik pic.twitter.com/rMFrYUImzF

Bond in the hands of the director of ‘True Detective’

on the other hand, it is confirmed that the address is in the hands of Cary Fukunaga (entered into the project as replacement of Danny Boyle) and the script what is going to sign Neal Purvis, Robert Wade, Scott Z. Burns and Phoebe Waller-Bridge, the creator of the imprescindibes ‘Fleabag’ and ‘Killing Eve’, recently incorporated to perform a final rewrite of the script.

'Bond 25' re having director: Cary Fukunaga will take care of the next adventure with Daniel Craig

–
The news ‘Bond 25’ has already cast official: Rami Malek confirmed as the villain of the new movie of 007 was originally published in Espinof by Juan Luis Caviaro .