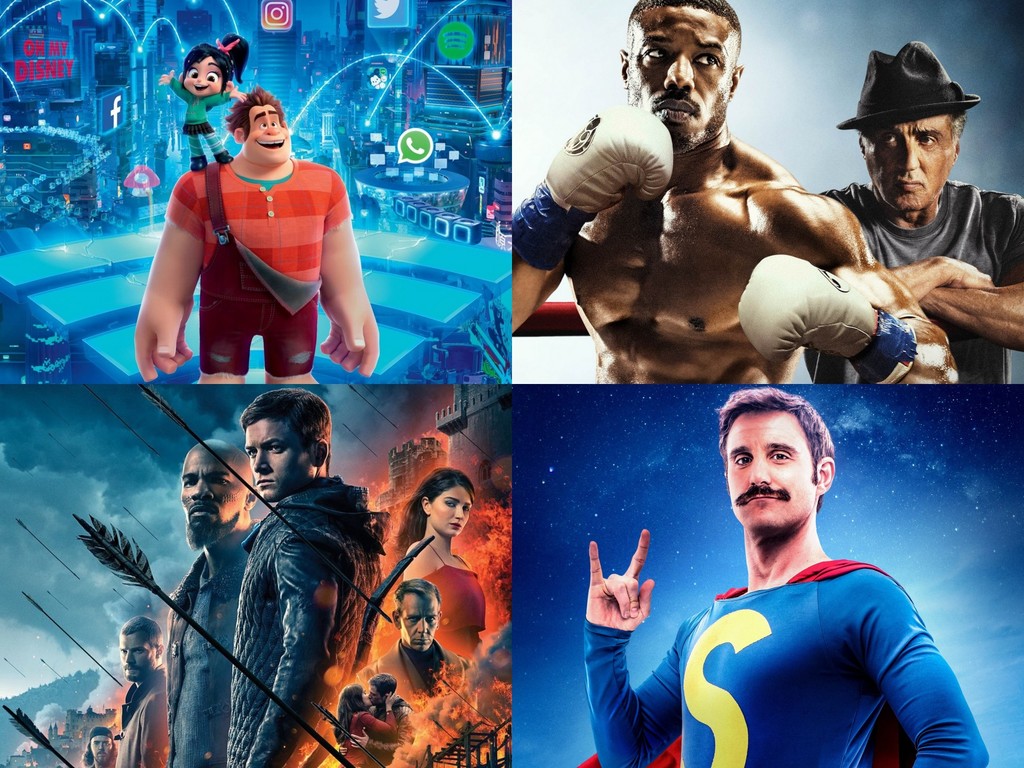 2018 is to be a good year for the box office united States and shows that at the end of last week, it broke the record of highest-grossing at the bridge of thanksgiving. In total it came to $ 206 million, and the two large successful were the two sequels, ‘Ralph breaks the Internet’ (‘Ralph Breaks The Internet’) and ‘Creed II: the legend of ‘Rocky’ (‘Believe II’).

The continuation of ‘¡Rompe Ralph!’ won the no. 1-ranked american with 55,67 M$ on the weekend and 84.5 M$ at the end of the five days of vacation; added to this are revenues outside of the U.S. so that your total already amounts to 126 million. Another public success for Disney but in the eye because the film directed by Rich Moore and Phil Johnston is also receiving great critical (here you can read our).

‘Creed II’ achieves the best premiere of the series ‘Rocky’

The second part of the ‘Believe’ not won the crown but he picked 35,39 M$ in its first weekend and 55.8 M$ at the end of the holidays; it thus overcomes the 42,1 M$ that made the previous delivery and get the best premiere of the franchise. A win for its unknown director, Steven Caple Jr., for its protagonist, Michael B. Jordan, and also Sylvester Stallone, which is still in the cast and took part in the script. 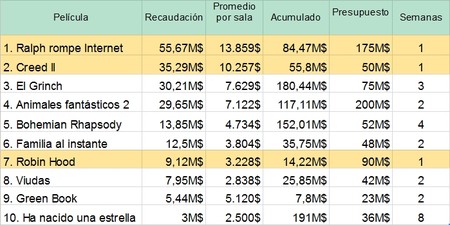 The disaster of the week the stars ‘Robin Hood’, a new version led by Taron Egerton and Jamie Foxx that looks like becoming the biggest failure in Hollywood in 2018. It cost around 90 million, and was only able to raise 14 after its first five days in cinemas.

on the other hand, ‘Venom’ continues to grow its global harvest and it has already 822 million, surpassing ‘Wonder Woman’ and becoming the second film about the origin of superhero highest-grossing of the story. Ahead since there is only ‘the Black Panther’ with a few seemingly unattainable 1.346 M$ .

Meanwhile, in Spain’s triumphs ‘Superlópez’, the new comedy starring Dani Rovira based on the comics of Jan. Achieved 2.2 million euros in its first weekend, the best premiere of the Spanish cinema in the year so far. That says a lot of what has been the national production at the box office during 2018. Many films, with proposals of very various kinds, but little connection with the public; and, therefore, little understanding of the market.