Box office: the romantic comedy of the crazy rich asians is the great surprise of the summer in the united States 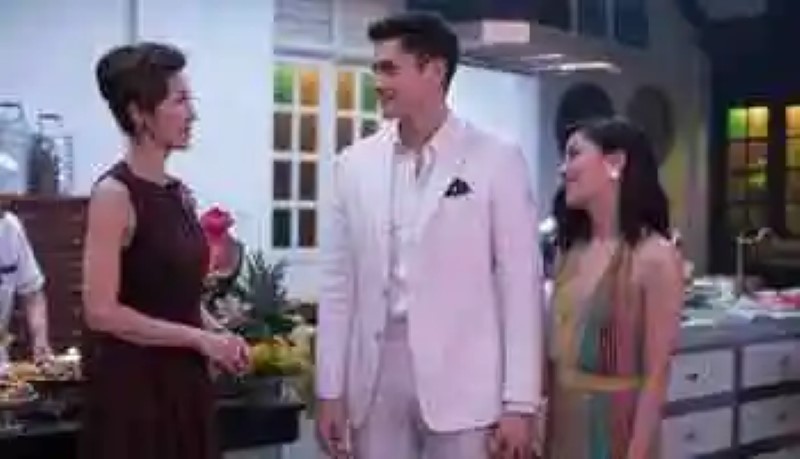 In a summer dominated by the aftermath, the big surprise of the box office in the united States is a quirky romantic comedy that is starting to fall in love critics and the general public. ‘Crazy Rich Asian’ retains the no. 1-ranked american to raise $ 25 million, only 5.7% fewer than in the weekend of its premiere.

Is a percentage spectacular accompanied by a slight increase of copies (142, for a total of 3.526). Warner gave the nail on the head of the betting for this adaptation of the best-selling novel by Kevin Kwan, a production that stands out for its cast, headed only by actors of asian descent, something rare to see in Hollywood —from ‘The club of the lucky star’ (1993) there was something like this—.

► Spanish actors make the americas (and very well done as well) That a person leaves for work in anoth...
► This is ‘Ninja Warrior’, the program with which Antena 3 wants to dominate the Friday night Friday night has become one of the bands th...
► ‘The heroes of evil’, a tough story of teenage revenge produced by Alex de la Iglesia ES The film tells the story of three you...

In the 9th position comes ‘A-X-L’, a sci-fi adventure about a mechanical dog and two teenagers in love, played by Alex Neustaedter, and Becky G. In the cast stands out the name of Thomas Jane.

Another dog, the ‘Alpha’dominates the billboard in Spain. The film was made by Albert Hughes does not reach the million euros, but did enough to clinch the # 1 in a terrible week for the box office. In 4th place we find another novelty, ‘The futbolísimos’, a family comedy based on the literary success of Roberto Santiago.

'Alpha': a surprising film of survival prehistoric that shines between both blockbuster generic

step-by-Step: how to choose your peripherals suited to play

–
The news Ticket office: the romantic comedy of the crazy rich asians is the great surprise of the summer in the united States was originally published in Espinof by Juan Luis Caviaro.

Larian Studios announced Divinity: Fallen Heroes, the new installment of the saga role-playing
The video game unveils trailer, images and details, and will be present at...
Dolmen Editorial transmedia novel presents Infernorama
His prologue is a game that is downloaded by a QR code Editorial Dolmen h...
Announced Final Fantasy Digital Card Game for smartphones and PC in Japan
at the moment the game is limited to that territory.Square Enix has been a...
LG Optimus G: Analysis and user experience
While today announces the new LG Optimus GK with 5 "screen and quad-c...
Bibliography ►
Phoneia.com (August 27, 2018). Box office: the romantic comedy of the crazy rich asians is the great surprise of the summer in the united States. Recovered from https://phoneia.com/en/box-office-the-romantic-comedy-of-the-crazy-rich-asians-is-the-great-surprise-of-the-summer-in-the-united-states/

This article was published by Phoneia, originally published in English and titled "Box office: the romantic comedy of the crazy rich asians is the great surprise of the summer in the united States", along with 18990 other articles. It is an honor for me to have you visit me and read my other writings.
◄ The Rootless Pixel Launcher lands in Google Play, the improved version of the Pixel Launcher
The LITTLE F1 arrives in Spain: prices and availability official ►