Bring You Home comes to Android: the Best Game of the Year in the XI National Awards from the video Game

We had to wait over a year to be able to enjoy on our Android devices one of the best games of 2018, or better said the Best Game of the Year in the XI National Awards of the video Game Industry. We speak of Bring You Home, which swept in the Gamelab 2018 taking home four awards: Best game of the year, Best art direction, Best game of your Smartphone, and Best Catalan game.

Bring You Home is a title of the study Alike Studio, creators of the award-winning Love You To Bits and Very Little Nightmares, the latter with exclusive temporary for iOS and recently awarded as Best gaming Smartphone on the Gamelab 2019.

Bring You Home, an excellent adventure of puzzles 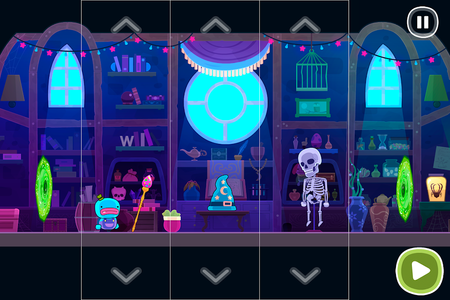 With Bring You Home their creators have given twist to the gameplay to her new adventure. If in their previous titles ,Thiny Thief and Love You To Bits, we were a graphic adventure of classic cut type point-and-click here we do not control the character but the stage.

Starring the alien Pole, we will guide you through all kinds of worlds in a frantic chase to rescue his pet kidnapped by other aliens along their 48 levels.

The 19 best adventure games for Android

In each level we have to change and re-order the parts the stage for direct-to-Pole towards the right path. This mechanic of the game get that wrong also be fun. Since we will want to discover all the possible deaths. In addition, with some combinations we’ll go collecting photographs that are hidden throughout the game.

Bring You Home it becomes one of the must-play games for mobile for every lover of graphic adventures and puzzles games. Worth paying for the 3,59 € costs.

The Legend Skyfish, the essential adventure game for Android inspired by Zelda

I am Bread comes to Android, the original game of the slice of bread creators of Surgeon Simulator

Don't Starve: get the critically acclaimed game of survival with the 20% discount on Google Play

–
The news Bring You Home comes to Android: the Best Game of the Year in the XI National Awards from the video Game was originally published in Xataka Android by Cosmos .