Calls VoWiFi will come to all mobile Realme before march: these are the dates 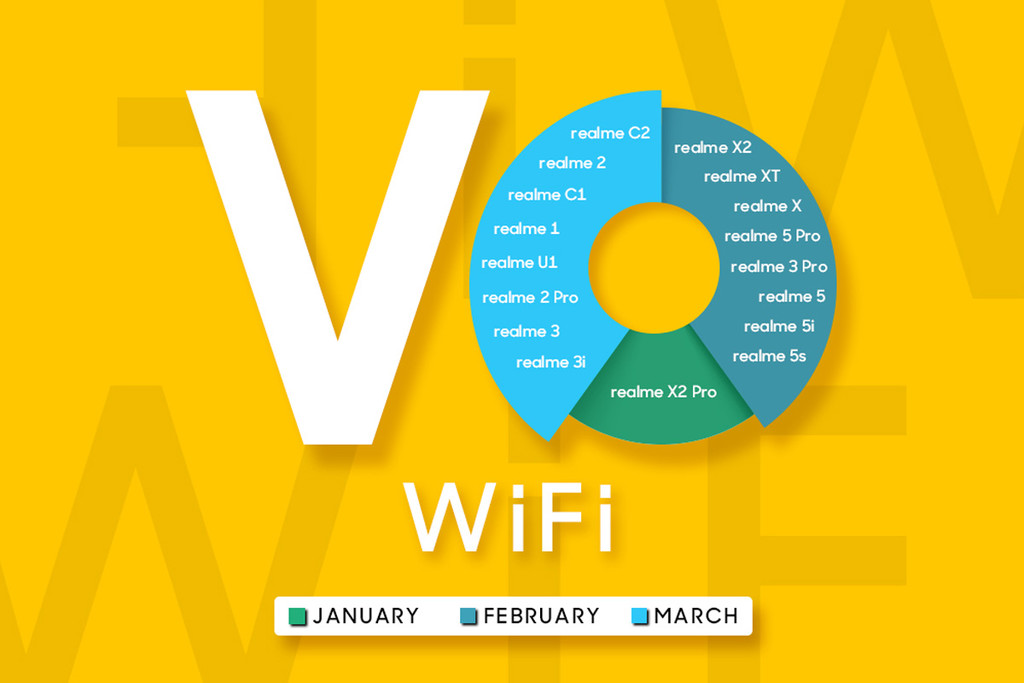 Today’s rare is a new terminal that does not have support for voice calls via LTE (VoLTE), but if we talk about the calls via Wifi, the thing changes. It is in almost all Samsung, Huawei, LG, Sony and other brands, but not in the mobile Realme.

it Was therefore predictable that those who do with a mobile Realme, and not to find the option, have been asked on several occasions when would the support for Wi-fi calling, or if it would arrive. Now is the very own CEO the who has responded: will all mobile Realme, as very late in march.

VoWiFi is simply a technology of voice calls via Wifi and that complements the rather more extended technology called 4G, VoLTE. Is not or much less something new, but it is now when it is just starting to catch some traction, with figures such as 2.5 million customers in Orange, combining VoLTE and VoWiFi.

Realme: who is behind and why his strategy to compete with Xiaomi and Huawei can work

To use the Wi-fi calling, it is necessary that both your mobile as your carrier supports it, and that is where they lack the mobile Realme. Luckily, the lack is not going to take too much in resolved, in accordance with the official plans.

For users who have been asking about VoWiFi on #realme devices, I revealed the update timeline yesterday in episode 14 of #AskMadhav.
Sharing the timeline again for those who missed watching it.https://t.co/Pv1LPJxNVX pic.twitter.com/TRReshO52F

Basically, there are three periods to receive the support for Wi-fi calling. The first of all will be the Realme X2 Pro , which should arrive in the few remaining days of January. The second period is during the month of February, and that includes the following terminals:

The last to receive the calls via Wifi will model more modest of the company. They will receive the update that will add support at some point in time before the end of march. These are the models:

–
The news calls, VoWiFi will come to all mobile Realme before march: these are the dates was originally published in Xataka Android by Ivan Ramirez .

Calls VoWiFi will come to all mobile Realme before march: these are the dates
Source: english
January 27, 2020