Chronicle: So was the launch party for Fallout 4 in Los Angeles

The Bethesda anticipated game goes on sale Tuesday
Bethesda know Fallout 4 will be a bestseller and hence the launch campaign is the winner some unconventional steps followed in the industry. We told you how was the process since announcing the title at E3 to the private party held yesterday in Los Angeles.
“Everything can change in an instant, you are ready or not (…) This was not the world I want, but what I found. This time I am ready because I know what war is. ” With these appointments starts the latest trailer for Fallout 4 released a few hours ago
Video. 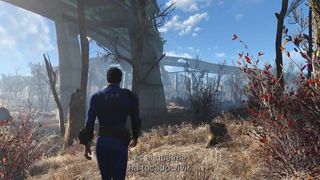 Bethesda Softworks know for certain that their new post-apocalyptic adventure will be quite a bestseller and why promote Fallout 4 has been carried out so peculiar . In the video game industry are accustomed to the hype around a game begins to be generated months or even years before its release. The desire of fans to seize Fallout 4 have increased as have been given small doses of hype time. And we must say that Bethesda has planned the launch of a completely different way than you’re used to.
First, the game was announced just before E3, the video game trade show held in Los Angeles. We’re talking about the month of June, as just five months before the official release . Since then, we have seen little about the fourth installment that comes into our hands seven years after the launch of Fallout 3 and five years after the appearance of Fallout: New Vegas , not following the storyline of the first three installments. Bethesda has given us some other image in the E3 and later at Gamescom, but little else.
Few hours ago, in the last pre-launch trailer of the game, new moments of the title is displayed, packed with action scenes. The argument Fallout 4 is still surrounded by a high level of secrecy, although we know for certain that the story will unfold in the ruined streets of Boston, with very specific scenarios. We are in a land where bombings have left a society with great imbalance between races , with mutant human and Synths 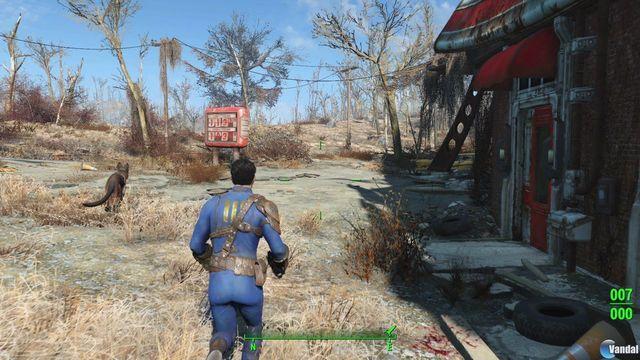 it is in our hands and restore some peace to this troubled world tolerance or contribute to evil that devastate society. We can choose whether we want to play with male or female character. This is the idea that conveys generous trailer that lasts about three minutes. The new images not just leave us a taste of “how it feels” the game, but also show us the mechanics of gameplay. A trailer that provides information, but fails to delve into details, given that in previous installments the duration of the games has surpassed the one hundred hours. So be prepared to spend some intense sessions before television thanks to this new release.
And although few details have filtered Bethesda game and has not made big pre-launch events, to share more information, the company has spared no marketing expenses . Big cities like Los Angeles have gown to receive the long awaited Fallout 4 . Buses and billboards show the sympathetic “Vault Boy”, which has already become a legend within the series (in fact, you can enjoy the complementary app Pip-Boy smartphones and download an interface for your Apple Watch, if you do a little “trap”). 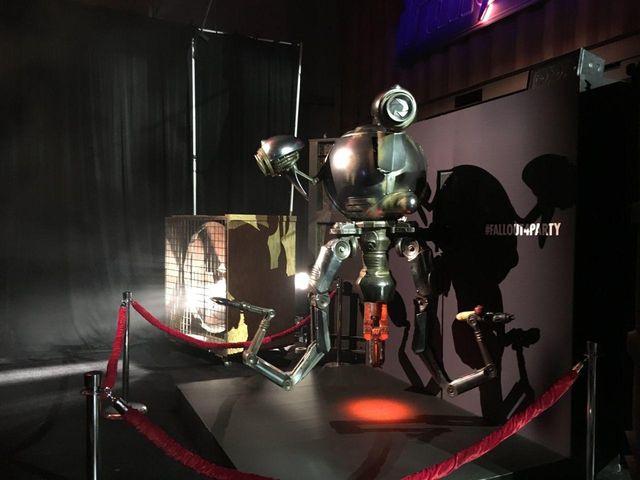 UK
occurred more of the same, with the famous red buses with two lighted sign showing a plant “Fallout 4” and magazines are not far behind promoting it again “Fallout”. Bethesda may have given little publicity outside the game, but it is knowing how to take advantage of the situation and without fear.
not been spared fewer resources Bethesda boys on your party launch, held last night in Los Angeles and we could attend. The night promised to be spectacular with an exclusive event where performances of Bloc Party, Walk The Moon and the famous international DJ Calvin Harris be included (that to give you an idea usually receives one million dollars per session in big clubs).
The highest paid DJ of the moment, Calvin Harris, did not disappoint and shook the dance floor with hits like “Blame”, “Summer” and “How Deep is Your Love “, without neglecting its origins, with” Feel So Close “and” We Found Love “(the success that brought him to international fame, played by Rihanna). A show of height. With this special appearance it seems that Calvin Harris enters the world of video games, and so far “Deadmau5” was the one that was last seen in this industry events. Walk The Moon also stayed behind and gave vent to all his energy to play one of the issues that continue to ring for the American radios these days: “Shut Up and Dance”. Bloc Party, a little less known in the mainstream industry, also used its best known topic right now, “Banquet” 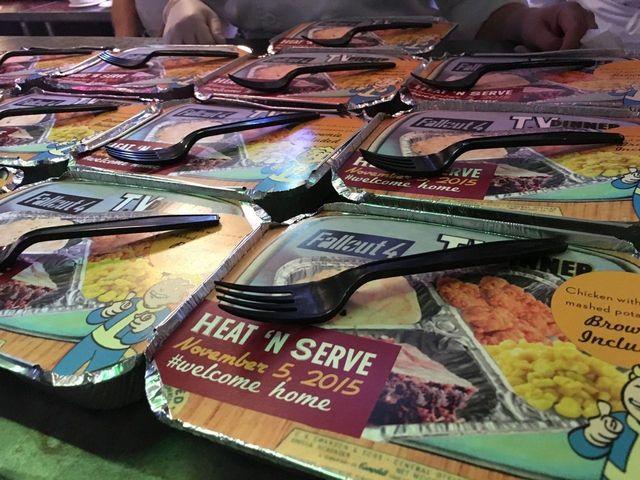 The evening was accompanied by fine musical moments, of course, but no lack of references Fallout 4 everywhere , star of the party. Unfortunately, but as expected, there was no season to try a demo game or creators gave us advance. So have to wait a little longer.
Yes, Bethesda has managed to create a spectacular and almost unprecedented hype in record time and with a final show that left no one indifferent. The party started at eight in the night in Downtown Los Angeles and lasted until dawn.
Now we just have to wait and see if this particular launch campaign results in spectacular sales (although the first predictions They point to it). It is less for Fallout 4 . We will be able to have in your hands the next day November 10, available for PlayStation 4, Xbox One and PC 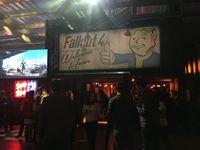 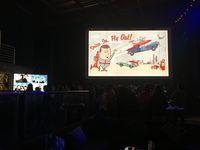 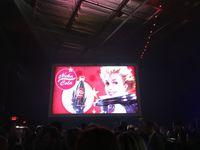 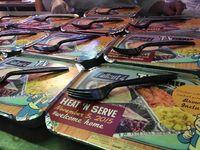 Chronicle: So was the launch party for Fallout 4 in Los Angeles
Source: english
November 6, 2015