Clash Royale continues to dominate, but these are the best games of the year for Google

Clash Royale continues to dominate, but these are the best games of the year for Google
The Korean manufacturer LG has always boasted of the great resistance of its new flagship. The new LG G6 it has a m...

Today is the ## beginning of the end of the year 2016, and as is tradition, Google informs us of the winners of their awards on Google Play. We have already seen that the winners of the best applications of this year, but it is not the only section in which we give awards. Those that enjoyed the games in our mobile we also have a section.

So, Google has rewarded the best games of this 2016, a year in which we have seen how the quality has improved at a similar rate to that of the hardware of our devices. In this section, has been awarded the most innovative games, most downloaded, most entertaining, most watched, in the final analysis.

Clash Royale is the game a winner this year 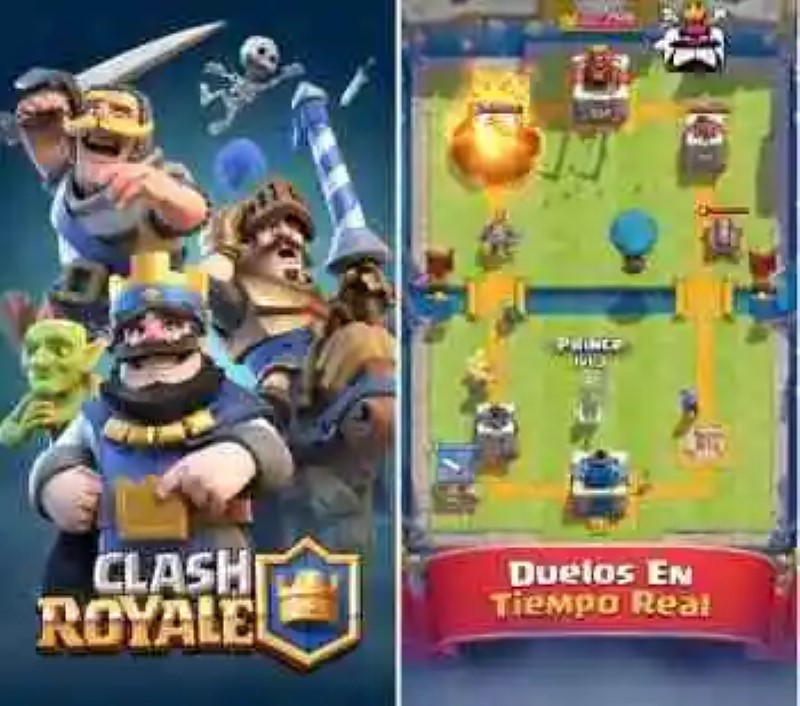 it Is very likely that already knew the game Clash of Clans and, if so, you’ll meet Clash Royale, a game of the same creators that brings together some of the characters from the first game mentioned along with other new. In the Clash Royale you’ll need to collect cards that represent various characters, form a group and fight against others.

The multiplayer component next to the possibility of forming clans, its friendly graphics and their events have made that has more than 50 million downloads and an average rating of 4,5 stars. With all of this, Google has been awarded the prize for best game of 2016.

the rest of The winners

Yes, there is an absolute winner for best game of the year, but Google has wanted to reward those that meet any characteristics that make you special. the In each section there are five games chosen as the best, and in some cases the same game is considered one of the best in more than one section.

For the part of the most competitive, we find ourselves with FIFA Mobile Football EA Just Dance Now from Ubisoft, Hearthstone Blizzard, Lords Mobile from IGG, and the recent Asphalt Xtreme of Gameloft. In all of them you will need to struggles to be the best with other players in the rest of the world.

we Also have a section of the most innovative, among which we find the world famous Pokemon GO that so much hype has been created and that so many players of sagas previous Pokemon has managed to gather to slay them all while we take a walk along the street. We are also Lost in Harmony, a game very musical.

Among the most downloaded we are two games already mentioned: the absolute winner, Clash Royale, and Pokemon GO, but we also have one of the games that most variants have had, Slither.io, that game in which your worm should grow from eating smaller ones, or Farm Heroes Saga, from the creators of Candy Crush Saga.

There are more sections award-winning, but there are others such as the most exhilarating, the best visuals and the best of family. Perhaps your favorite game is in any of the categories that Google has decided to reward. Just below these lines we leave the link so you can see all the winners.

More information | Google PlayXataka Android | Prism wins the prize for Google a best app of the year, these are the other award winners

–
The news Clash Royale continues to dominate, but these are the best games of the year for Google was originally published in Xataka Android by Santiago Luque .

Download Nulled WordPress Themes
Download WordPress Themes Free
Free Download WordPress Themes
Download Nulled WordPress Themes
free download udemy course
download lava firmware
Download Best WordPress Themes Free Download
udemy course download free
‘Wonderstruck. The museum of wonders’, a fable nice that reserves the best for last
Todd Haynes he got the greatest success of his career with ‘Carol’, t...
‘We are streaming, motherfuckers!’: Netflix is the first series of the Coen brothers
As as I discussed earlier this year, the bright and sizzling brothers Joe...
Chip and Chop will have a new series at Disney+ and there’s already a poster for ‘Monsters at Work’, a spin-off of ‘Monsters, SA’
even Though the superhero may be one of their main bastions to the pres...
Successful Betting with GGBet
The entire sports world has recently faced a rapid decline due to q...

Phoneia.com (December 1, 2016). Clash Royale continues to dominate, but these are the best games of the year for Google. Recuperado de https://phoneia.com/en/clash-royale-continues-to-dominate-but-these-are-the-best-games-of-the-year-for-google/