CoD: Modern Warfare lets you know your ratio of murders/deaths by 20 euros

The information, before standard, is no longer available. An object of the pack Mother Russia, which costs 200 points, gives those data.

Although in the past the players of Call of Duty ‘t know of a simple and straightforward way what was your ratio of deaths (that is to say, how many enemies had been knocked over and how many times they had been shot down in their games), this information is not given in the recent Call of Duty: Modern Warfare. Now the players who want to know it will pay no less than 20 euros for access to that information during the game.

The reasons that Activision decided to remove this information, which was public and easily accessible, seemed to respond to the desire of the novice players were a target as easy and prevent veterans abusive scoff at them. Now that they are going to ask an amount of money by knowing such data you can sense other intentions, then we can assume that many of the dedicated players will want to know that information, and a good percentage of them will pay.

And that is Call of Duty: Modern Warfare reserves that information at the end of the games in the modes where the information is relevant, such as Team Deathmatch. There are many users who have lamented this decision of the company and the fact that you can not access this information at any time during the game.

players can Now get hold of a item for the game, the clock Time to Die, which costs 2000 COD Points, that is to say, 20 dollars / 20 euros, along with other items aesthetic for the user. The object is part of the update to “Mother Russia”, and allows access to the information of deaths of the player.

aesthetic Objects that do not give advantages

The objects do not give advantages playable to the user, but in this occasion, one of these items it allows them access to information that is kept hidden from the rest of the players in the game. Although it is not an advantage, you have to admit that can be many users that believe that is useful information that can’t be accessed without passing through the box again, despite the fact that this is a game of payment.

Call of Duty: Modern Warfare came to PS4, Xbox One and PC (Battle.net) on the 25th of October. This December 3, has been updated with the Season 1, introducing new maps in various modes, and gameplay modes. 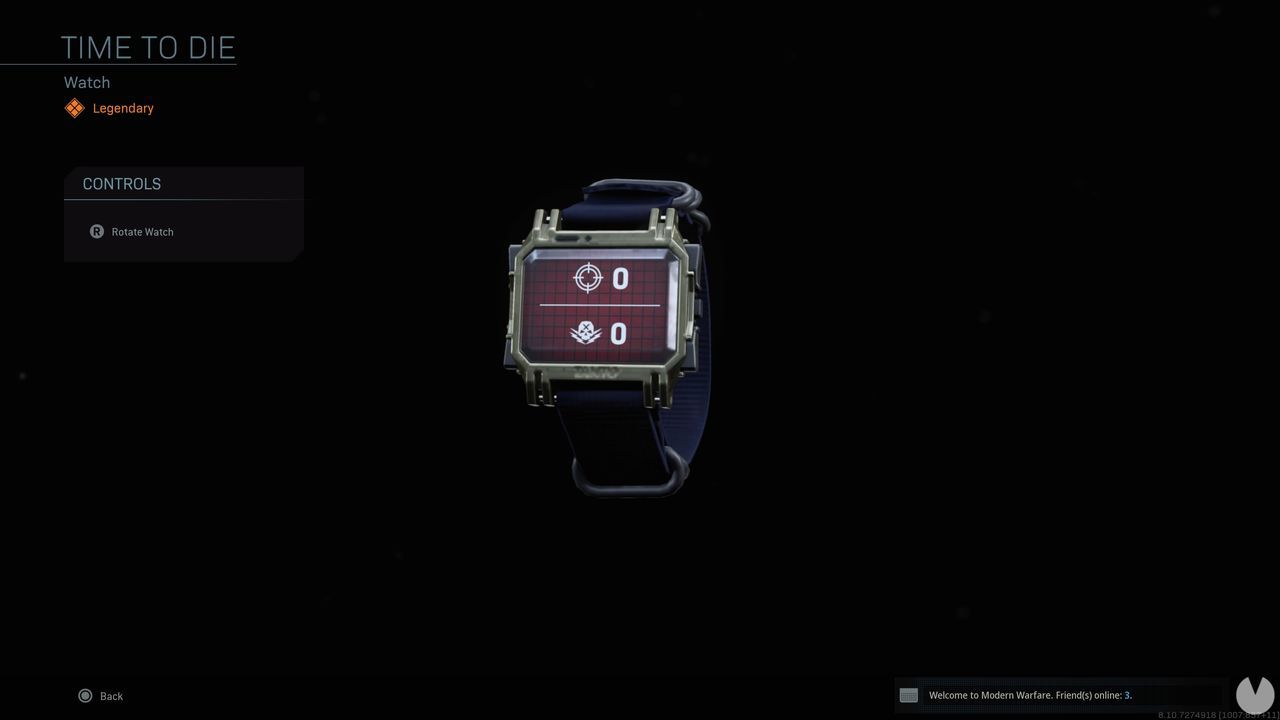