Characteristics of Alkanes, Alkenes and Alkynes 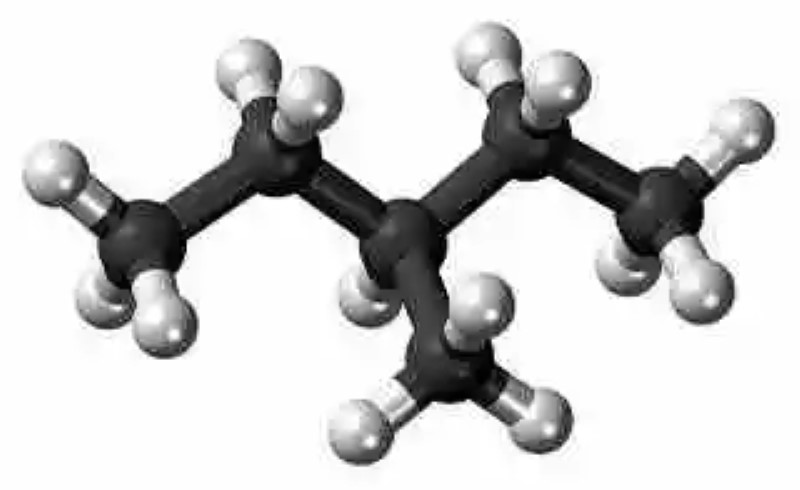 Characteristics of Alkanes, Alkenes and Alkynes
Hydrocarbon concept Organic Chemistry defines hydrocarbons as those compounds consisting only of carbon and hydrog...

In this sense, Aromatic Hydrocarbons, also called Areno1, are those conjugated cyclic organic compounds, which have greater stability, which – according to Organic Chemistry – is promoted by electronic relocation in links 2 .

► 10 things you do not know about the vagina (curiosities) Hundreds of myths have been woven around the...
► World’s most dangerous drug: skin falling to pieces Today's society has invented drugs for a var...
► Marie Curie Biography Maria Salomea (Warsaw, Zarato of Poland, 7 N...

For their part, Aliphatic Hydrocarbons are defined mainly as those organic compounds made up of hydrogen and carbon that do not have sufficient properties to be considered Aromatic Hydrocarbons. They include the Alkanes, Alkenes and Alkines, considering the aliphatic hydrocarbons the easiest alcains.

On this occasion we will make a synthesis of the concept, characteristics, properties and nomenclature of each of these organic compounds, so that the reader can quickly and practically clarify the differences between each of them. Then the qualities of each of these Hydrocarbons:

According to professionals in Chemistry, it is known as Alkane to saturated hydrocarbons, which respond to the linear chemical formula CnH2n+2, where N represents the total number of carbons presented by the specific compound.

They also have SP3 hybridization, that is, the carbon atom has six electrons, arranged as follows: the orbit 1s counts with two electrons, which can be written as 1s2; two more electrons in orbital 2S, which can be represented as 2s2; while the remaining electrons are located in the orbital 2p2.

Among the main properties of the Alkanes can be named the following:

As for their nomenclature, the first four alkanes have their own names, which are correlative: methane (considered the simplest of alcains to contain only one carbon atom), ethane, propane and butane.

They respond to the linear formula CnH2n where as with the Alcanos, N represents the number of carbons. Alquenos also have SP2 hybridization, that is, that the carbon atom has a combination of orbital S with 2P, from which three hybrid orbitals are obtained. Within its physical properties, you can find the following:

Lastly, alkyls constitute a type of aliphatic hydrocarbon, which is characterized by containing in its composition, between two carbon atoms, at least one triple carbon-carbon-carbon bond, which is usually expressed as follows: C-C. Likewise the alkyls are characterized by responding to the linear formula CnH2n-2.

Alkyls also have SP hybridization, meaning that within their carbon atom there is a combination between orbital S and P, which result in two linearly oriented hybrid orbitals.

Among the main properties of the Alquinos are the following:

As for its nomenclature, as with the Alcanos and Alquenos, the Latin particle corresponding to the number of Carbons that the compound has is used, but instead of the termination – anus (of the alcs) or –eno (of the alquenos) the particupa –ino is used.

The simplest alkyl is ethyne, also called acetylene, which forms a highly flammable gas, which is characterized by no odor and a little lighter than air.

The world’s rarest museums
Worldwide and since 1977 it is celebrated the International Day of Museums...
The chilindrina sad or happy with the death of the Chavo?
The departure of the great and immortal Roberto Gómez Bolaños has caused a...
The Triangle of the Dragon or Devil’s Sea
Much has been said about the famous Bermuda Triangle; however, there is a ...
Antoine Lavoisier Biography
Antoine-Laurent de Lavoisier (Paris, 26 August 1743 – 8 May 1794). Economi...
Bibliography ►
Phoneia.com (September 18, 2019). Characteristics of Alkanes, Alkenes and Alkynes. Recovered from https://phoneia.com/en/curiosities/characteristics-of-alkanes-alkenes-and-alkynes/

This article was published by Phoneia, originally published in and titled "Characteristics of Alkanes, Alkenes and Alkynes", along with 18987 other articles. It is an honor for me to have you visit me and read my other writings.
◄ The groom canceled the marriage and she went for a run
Christmas dedications ►