The weapons that the Nazis were secretly building, in specialized and underground workshops, look like they were taken from a sci-fi film.

Nazi supertechnology, alien weapons?
The weapons that the Nazis were secretly building, in specialized and underground workshops, look like they were tak... 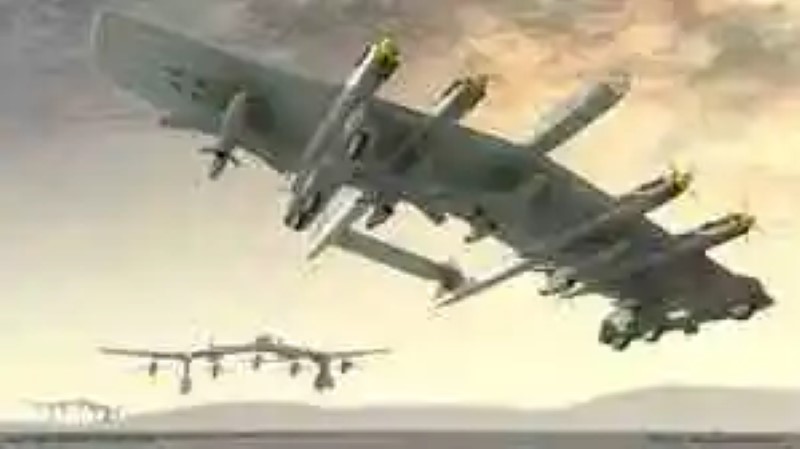 It was an obsession for Hitler

It is no secret to anyone that German National Socialism had leading scientists who were used to develop novel defense systems. To that end, they were fabricating several amazing armaments that they failed to bring to light, due to the relentless siege of the Allies.

► The world’s most famous surnames It is known as the surname of the anthroponi...
► The most controversial revelations of Wikileaks Wikileaks, a very controversial media o...
► James Rodriguez Biography James David Rodríguez Rubio, better known as...

According to reliable sources, these technologies included modern systems that to this day are being used and perfected by various armies around the world. There has been speculation that the Nazis had access to extraterrestrial technology, since by the time these advances were supremely advanced and complex.

Such was the advancement of Nazi technology, which created weapons that only needed solar energy, wind, or high temperatures, to function for a long time and, of course, to annihilate the Fuhrer’s enemies.

There were some astonishing discoveries, which were almost finished before Berlin was fully encircled by the enemy:

The Wind Cannon: A complex device designed to release air beams that works mainly, with molecular connections of oxygen and hydrogen, which, if it fuses, could trigger a deadly mixture.

The sonic cannon: formed by two reflectors that are connected to several tubes and send an explosion of 1000 millibars, which are a unit of atmospheric pressure, capable of causing the death of all living bodies at a distance of 20 meters and causes unbearable pains, at a distance of 60 meters.

The vortex weapon: if it had been used, it would have created whirlrows loaded with pulverized coal, intended to shoot down planes.

The endodermal bomb: it consisted of explosives that when detoned would create an intense cold, which would freeze enemy aircraft. The solar cannon needed solar energy to emit a large heat ray over opponents. The latter could not be used, because it was stolen by the Americans at the end of the war.

The most beautiful towns in Venezuela
South America is a great place to travel. This is how many people think, ...
The true story of marijuana
One of the most controversial aspects of society is the consumption o...
Most effective fat burning foods
Whenever we think of weight loss comes to our head, the idea of dieting, t...
Owl Curiosities
These birds that are often associated with witches, darkness and mystery a...
Bibliography ►
Phoneia.com (July 27, 2019). Nazi supertechnology, alien weapons?. Recovered from https://phoneia.com/en/curiosities/nazi-supertechnology-alien-weapons/

This article was published by Phoneia, originally published in and titled "Nazi supertechnology, alien weapons?", along with 18990 other articles. It is an honor for me to have you visit me and read my other writings.
◄ The true story of the Chupacabra
The dog with the world’s biggest ears ►