The identity of the Cundiboyac plateau

The idea of highlighting values, pride and national identity, doesn’t sound bad these days where the theme of daily living is war, hunger and poverty.  So let’s start over here. What is identity? According to Dr. Julio López, former secretary of culture and tourism of Tunja, are all those characteristics that we have as citizens, and that differentiate us from the rest of the department and Colombia.

The identity of the Cundiboyac plateau
The idea of highlighting values, pride and national identity, doesn't sound bad these days where the theme of daily ... 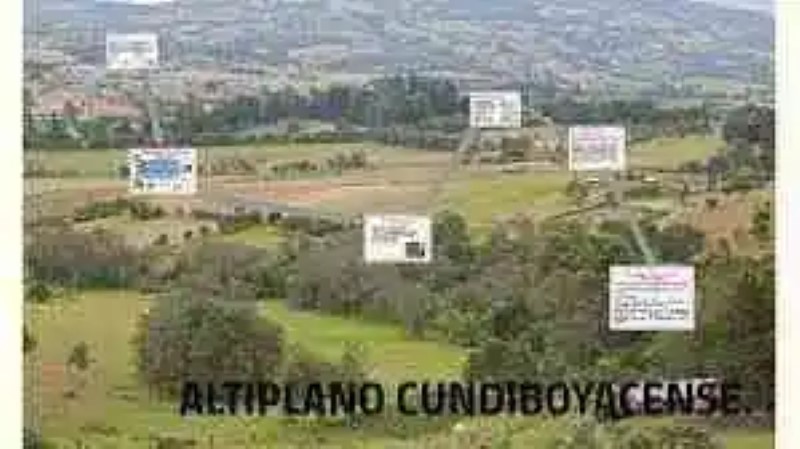 “At first extent, the boyacense’s behavior has to do with his customs, his idiosyncrasies, his ways of being, his words.  Identity is related to political, social and economic aspects, including gastronomy and the way in which they dress.  The fact that the boyacense is seen different from the costeño, the Tolimense, etc., marks the identity and is also the cause of colombian multiculturalism,” the official said literally.

► The most evil villains in cinema One of the most exciting things about cinema...
► People disappear in the devil’s triangle Apparently, not only in the Bermuda Tri...
► Morrigan, the goddess of death of Celtic culture Celtic culture, is one of the most fascinati...

Likewise, he states that the pride of the inhabitants of Boyacá is due to his mixed nature, of Spaniards with muiscas, origin of the qualities of the children of the “Cradle of Freedom”: “manlyity, strength, which is demonstrated in the present, in the men who run the main companies in Bogota, whose origin is boyaque. Just remind the 13 presidents who have left here, and so many other personalities who stand out in all areas,” he added.

From a historical perspective and, according to the Luis Angel Arango Library, the Chibcha ethnic group survives in the Boyac Altiplano and manifests itself in many of its popular customs, traditions, beliefs and values.

A great core of the Boyacense population is the mestizo, which emerged from the Spanish-Chibcha mix in the Andean Highlands. This nucleus presents a great integration into the Spanish-American culture, obtained through linguistic Spanishization, the conversion to Catholicism and its incorporation into Colombian society, with a true national identity. A few decades after the conquest, new mixed racial and cultural powers were born in Boyacá, as in the other American regions.

The other group of the Boyacense Ethnicity is the “CRIOLLO”, descendant of the Spanish. It forms the upper echelon of the Boyamenan people and has in its ancestry, the aristocratic families that entered this region in the centuries of colony, many of whom migrated to Bogota and other regions of the country since the mid-19th century.

Indigenous, mestizos and Creoles make up the ethnic essence that identifies the Boyac people on the national scene. New migratory currents in the mid-20th century, coming from various parts of Colombia, and attracted by the force of Boyacá’s industrial awakening and educational facilities, complete the racial mosaic in this region of the Altiplano, which is essentially “mestiza”.

José Manuel Medina, director of the radio station of the Governorate of Boyacá, 95.6 FM, responds that identity is the trait that designates a culture, a race; which gives us the courage to succeed, demonstrated in ancient Greek, Roman, Egyptian civilizations, among others, who struggled to maintain and expand their traditions.In the absence of this identifying factor with ourselves, we have failed in several projects.

“We are successful elsewhere: in Bogota, abroad, in other cities, but less here, at home.” With this statement, José Manuel argues the objective of this activity, that from February 23, 2009, each year will be carried out in the department and, precisely, it is about summoning all boyacs to reflect on the commitment to their land.

José Gabriel Cristancho, philosopher and professor at the University of Boyacá, says that, psychologically, human beings need to create an identity. Every man needs to create a self, which is the mental image of himself. For this, it needs to feel like it belongs to a group, and part of a territory must be conceived; hence the creation of tribes, clans, peoples and, finally, countries.

In the old way, the lands were divided into kingdoms or empires, that system has completely changed. Human beings continue to establish community ties, giving them identity with a group, and creating symbols to identify with that community and the territory it shares with that group. That’s why the flags and the shields.

If we look at this thoroughly, says José Gabriel, we discover that the idea of regional differences is nothing more than a mental idea. What is Boyacá?  A territorial division. What is it to be Boyacense? That person who was born within a territory delimited on a map, called Boyacá, conventionally. Looking back, at the time of Independence, Boyacá encompassed Casanare, Meta and many other territories; the geographical convention was very broad, then reduced to alleviate bureaucratic trauma. Afterwards, it consisted of Casanare and Boyacá and, finally, what it is today.

The factor that indicates the being antioqueño, cundinamarqués, costeño, pasture, etc., are nothing more than political circumstances, therefore, it is impossible to know for sure the essence of the boyac. Usually, in Anthropology and Sociology, it is tried to differentiate human groups by their customs. For example, what characterizes the costing is its extroversion; the boyacense’s thing is to be introverted, shy, cold, uneasy. But that doesn’t apply to everyone, and that’s where the problem lies, in generalization.

The Tunjano is very similar to the bogotano, but it is necessary to differentiate between the Tunjano citadino and the peasant Tunjano. So it is very difficult to say what are the general customs of a region, because of a globalizing culture, which grows at gigantic paces and absorbs small cultures. This is seen in the cultural adoptions of other nations, and the clear example is a bogotano, even ourselves.

With this view, we can infer that, for obvious reasons, culture can be related to the current situation of the country and the department, where the neoliberal models, designed by Margaret Thatcher and Ronald Reagan, faithfully applied by George Bush and the followers of their policies, such as our nation’s respected leader, have been adopted for nearly two decades, and as a result, Colombia’s indigenous industries have passed into the hands of private monopolies, not Boyacs, not Colombians, and little is already what is part of public heritage, with the excuse of war.

Only if people are aware of how governed will they be able to defend what belongs to them by natural right, and it is worth quoting the phrase included in his speech by the engineer Roso Millán, on 23 February: “you cannot decide where you will go, if you don’t know where you’re coming from first.” Claude Levy Strauss, French anthropologist.

Karni Mata and the Temple of Rats
In the world there are magical places, of exuberant beauty, but there are ...
The man who became a millionaire selling land on the moon
In 1967, the United Nations established the treaty on outer space, which p...
The man who tore his testicles with his hand
The genitals are one of the most sensitive areas of the man and any blow p...
Man is eaten by shark (debunked)
Analysis of the video in which a man is eaten by a live, devoured shark. D...
Bibliography ►
Phoneia.com (June 30, 2019). The identity of the Cundiboyac plateau. Recovered from https://phoneia.com/en/curiosities/the-identity-of-the-cundiboyac-plateau/

This article was published by Phoneia, originally published in and titled "The identity of the Cundiboyac plateau", along with 18987 other articles. It is an honor for me to have you visit me and read my other writings.
◄ Paipa’s story
The Web Mystery Network ►