The largest power plant in the world

The largest battery in the world, is actually a power plant and also, the largest in the world. It is located in China, in Hebei; It was made by a company that focuses on the electricity of vehicles, along with other industries more related in the automotive field. The voltage that manages exceeds 37 Megawats / hour. 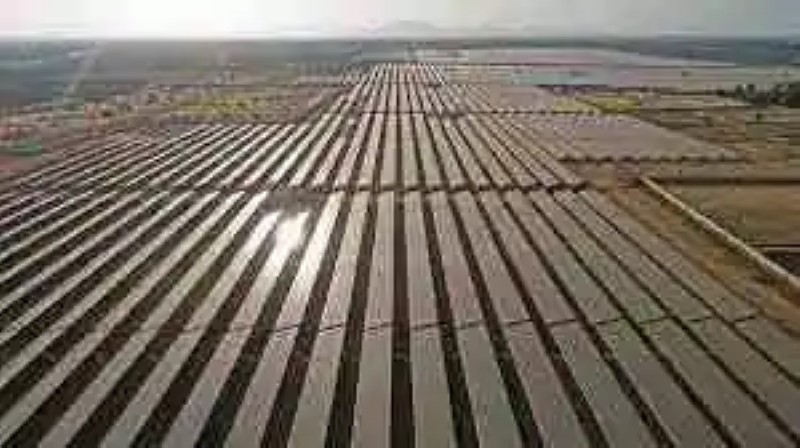 It is nothing more, nothing less, than a powerful device that is capable of nourishing nearly 12,000 houses with energy, in the space of sixty minutes and is considered an alternative resource in the event of an electrical emergency. But if the number of households is reduced, obviously the number of hours will increase considerably.

► The mystery of the photo of the two extraterrestrial astronauts It is a peculiar photo taken by Yim Templeto...
► The piercing: origin, history and meaning According to the ancients, the piercing to t...
► The unexpected end of a playboy bunny We often think that big celebrities don't ge...

All this project has cost more than 400 million euros and the size of the giant pile is like that of a soccer field. According to the Chinese authorities, the objective is to strengthen the works in that country, as construction of parks with wind and solar energy.

Specifically, the center of the battery that occupies an entire building, produces 140 megavolts of renewable energy, with an intelligent power transmission system and a storage capacity of 36 megawatts per hour. The center is not independent at all, but connects to 140 megawatts of solar and wind energy.

Throughout these last two centuries, various energy experiments have been conducted in search of several relevant sources. According to experts, for a long timethere is information about unlimited energy sources that could supply the entire planet without any harm to the environment, but the large multinationals have not allowed it.

Every day that passes, it is coming to the public light, that there are innumerable sources of alternative energy to the conventional electrical system and that is why this kind of news is observed with more and more regularity.

Baba Vanga and her prophecies until the year 5000
An enigmatic seer A distant prophecies, which were supposed to be fulfil...
The terrible story of the nahual
Hardly anyone would imagine in this era that a person with certain ma...
The man who faked his death in front of his girlfriend, in his marriage proposal
Every day real tragedies occur in the presence of loved ones and family me...
The world’s best horror films
One of the greatest attractions of seventh art is the stories of fear and ...
Bibliography ►
Phoneia.com (May 1, 2019). The largest power plant in the world. Recovered from https://phoneia.com/en/curiosities/the-largest-power-plant-in-the-world/

This article was published by Phoneia, originally published in and titled "The largest power plant in the world", along with 18990 other articles. It is an honor for me to have you visit me and read my other writings.
◄ The longest distance on a tightrope with heels
The most indebted countries in the world ►