In the world there are many fearless people capable of performing the most extreme feats to prove their worth, by the desire to release adrenaline or simply for entertainment, but what a man from Russia made seem to break the boundaries. 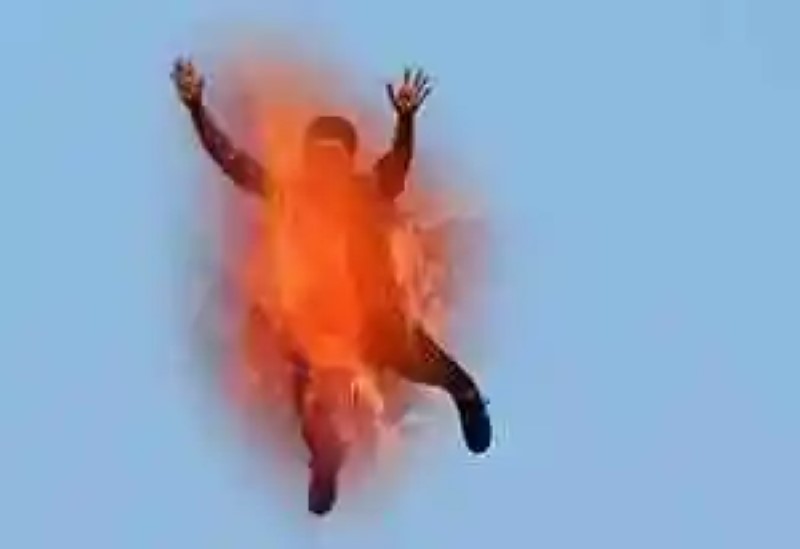 Taking adventure to the limit

As if jumping into the empty of a nine-story building without any protection is no longer extreme, the video of a man who did it has begun to circulate on the internet but set on fire.

To do so, and accompanied by several helpers who record and supervise the act, the man receives a lit torch and then brings it closer to his dresses so that in a matter of second it is set on fire, lets them burn for a few seconds and then proceeds to throw into the void from a nine-story building and into a free fall of about five seconds.

Luckily his act did not reach total dementia and the fearless character falls on a pre-prepared snow mound and soon a dozen men who waited downstairs to help him and verify that everything was going well. The act proved successful and the snow soon extinguished the fire and the man captured thousands of supporters who praise its value although, of course, there has been no shortage of critics who highlight the risk of such acts, as well as endangering his life.

phoneia.com (August 31, 2019). The man who set himself on fire and threw himself into the void. Bogotá: E-Cultura Group. Recovered from https://phoneia.com/en/curiosities/the-man-who-set-himself-on-fire-and-threw-himself-into-the-void/