The most beautiful cities in the world

Every corner of our planet offers us unique experiences, and each place has its magic, but some cities take the honors in terms of beauty, history and architecture. In this article, we will see some of the most beautiful cities in the world.

The most beautiful cities in the world
Every corner of our planet offers us unique experiences, and each place has its magic, but some cities take the hono... 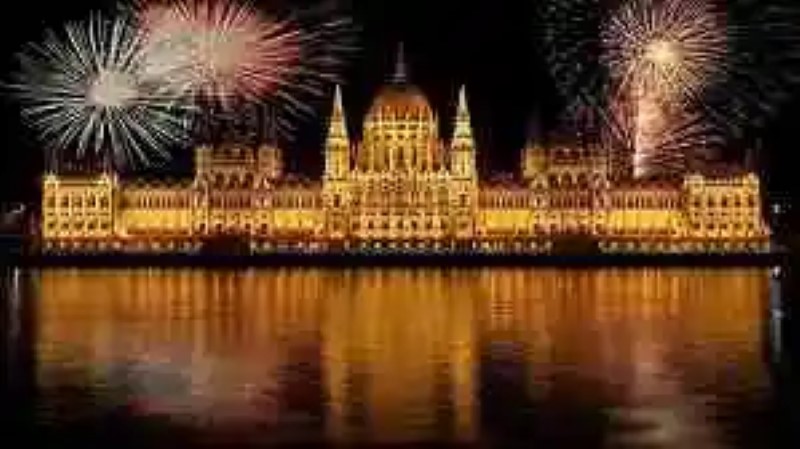 The capital of France, receives the name of the city of love, because its exquisite architecture houses a lot of history and there, a huge amount of artists have passed. the Eiffel Tower is one of its most emblematic and representative places; so is “Le Chateau de Versailles” which is one of the largest and most opulent castles in the world.

► Surprising uses of banana peel Known for its great food properties and its ...
► The true story of Pokemon Among the latest animated series, Pokemon is...
► The sound that is driving humanity crazy Some time ago there has been a strange buzz ...

There is also “L’Arc de Triomphe” the Arc de Trio, one of the most emblematic monuments of Paris and a must for any visitor.

The capital of the Netherlands, offers a large number of museums, shopping streets and theaters. The city is located between the BAY of IJ, to the north, and to the banks of the Amstel River to the southeast. Currently, there are more than 2500 floating dwellings in amsterdam’s canals. There are also the famous Coffee Shops, which are places where the sale and consumption of marijuana and hashish is allowed.

The Autonomous City of Buenos Aires

It is the capital of Argentina and in its beautiful architecture, you can appreciate important buildings such as the famous government house, also known as the Pink House. The May Plaza, known as “the Argentine People’s Square”, because there the most relevant events of Argentine history happened. The Cabildo, a place where around 1810, the Creoles decided to form a government of their own, when the King of Spain was taken prisoner by the French.

Enigmatic city located in Cambodia is the capital of Siem Reap Province. This city has many temples, thousands of years old. These include the temples of Angkor Wat, Banteay Srei and the jungle of Beng Mealea. It also has a floating town on Southeast Asia’s largest freshwater lake, called Tonle Sap.

It is the most populous city in China and one of the most populous in the world, with more than 20 million inhabitants. This huge city has a majestic neighborhood known as The Bund, where many of the colonial-era buildings are located. It is home to the Oriental Pearl TV Tower, which is the third tallest tower in the world.

The German capital is full of history. There we find the East Side Gallery, where you can admire works of art by international artists who expressed their joy, after the fall of the wall in 1898. In addition, the Berlin Wall Memorial.

The capital of the United States, is the second most populous city in America, after Mexico City.

Located on Canada’s Pacific coast; there is the Harbour Centre Tower, a famous observation point.

It is a city located in the north of the central region of Italy. It is the capital of Tuscany and one of the historical, artistic, economic and administrative centers of the country. The Uffizi museum is one of the most beautiful in the world and most complete has works by Michelangelo, Giotto, Leonardo da Vinci, Botticelli and Raphael.

There are seven emirates, which constitute the ‘United Arab Emirates’. One of them is Dubai.It is located in the Arabian Desert, more accurately on the coast of the ‘Persian Gulf‘. It is bordered to the south by the emirate of Abu Dhabi. This beautiful city has a lot of history and in addition to this has a city that is listed as the most modern of our era.

It is true that trips to the wonderful islands and charming villages are formidable, urban adventures are perfect for those who love art, history, gastronomy, architecture and above all, exclusive and magical environments.

What is the new world order
The New World Order. This is called a reign and rather obscure plans by th...
The most jealous woman in the world. From bride to wife
Many people consider that in a relationship a little jealousy is fruitful ...
The world’s most venomous spider
In the world there are animals that are truly lethal for their venom such ...
The most evil minds that passed into oblivion
In history we can see that several sinister and ruthless characters, caus...
Bibliography ►
Phoneia.com (August 28, 2019). The most beautiful cities in the world. Recovered from https://phoneia.com/en/curiosities/the-most-beautiful-cities-in-the-world/

This article was published by Phoneia, originally published in and titled "The most beautiful cities in the world", along with 18987 other articles. It is an honor for me to have you visit me and read my other writings.
◄ The fungus that produces female orgasms
The most famous plagiarism in cinema ►