The mysterious transparent sphere that was found at sea

Nature never ceases to amaze us with its mysteries and wonders, and this time it is an almost invisible sphere that was found in mid-2015 on the coast of Turkey by a group of divers while doing some reconnaissance work in the area.

The mysterious transparent sphere that was found at sea
Nature never ceases to amaze us with its mysteries and wonders, and this time it is an almost invisible sphere that ... 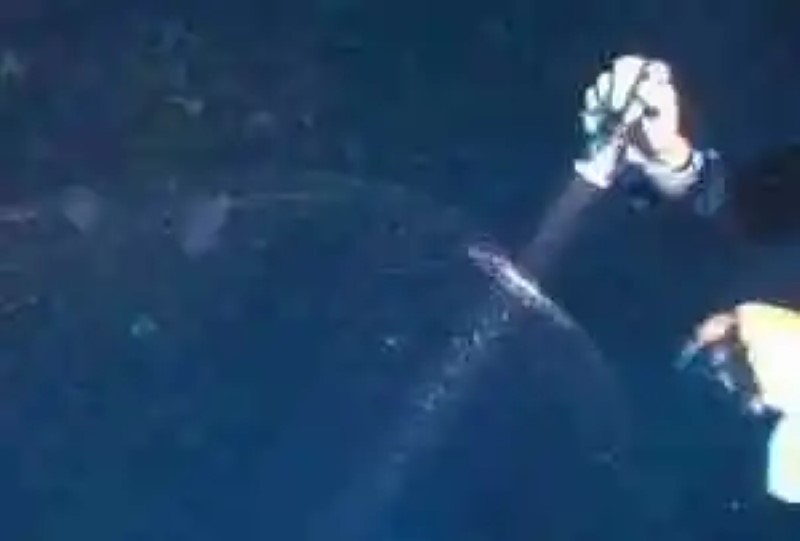 No one has found an answer to this mystery

The strange and enigmatic sphere is almost transparent, so hardly if it is perceptible by the human eye, it has an approximate measurement of 4 meters long, gelatinous appearance and was found 22 meters deep and examined curiously by the team of divers who He found it.

► Grappa-based cocktails Perhaps one of the most apotheotic returns i...
► The largest power plant in the world The largest battery in the world, is actuall...
► The man who married his burnt-out girlfriend Men often look for beautiful women to engage...

It is not yet known for what could be, however, Dr. Michael Vecchione, a biologist at the Smithsonian museum of natural history, has ventured to propose that it would be squid eggs, more specifically the most enormous mass of squid eggs that no one would have found before.

Other various hypotheses have also been suggested; the most believable point in two different ways. On the one hand there are those who consider that it could be the placenta of a whale. A second large group believes that the strange semi-transparent and malleable object may have formed from the agglomeration of marine debris.

A smaller group thinks it could be an unknown sea creature, however, this latter position does not seem to be very successful,because the sphere has no intelligent behavior and has any reaction to different stimuli.

The scientific community has not yet entered into it to determine exactly what it is, although everything seems to indicate that this is some natural type formation.

The truth about animals that walk in circles
In recent days, several videos of animals and even insects that sudde...
The Lovers Tarot Card Meaning: Kabbalah
Known as The Lovers, this card occupies in correlative order the number si...
The tremendous truth of 5G technology
Never before has such a rapid rise in communications technology been ...
The True Story of SpongeBob
SpongeBob is an animated television series created in the United States b...
Bibliography ►
Phoneia.com (August 14, 2019). The mysterious transparent sphere that was found at sea. Recovered from https://phoneia.com/en/curiosities/the-mysterious-transparent-sphere-that-was-found-at-sea/

This article was published by Phoneia, originally published in and titled "The mysterious transparent sphere that was found at sea", along with 18989 other articles. It is an honor for me to have you visit me and read my other writings.
◄ The 32-year-old woman who woke up 15 years in the past
Killing fashions: objects that alter women’s health ►