Little Red Riding Hood was a little girl who lived next to her mother, near the forest. One day her mother was making some loaves, and she remembered the little red riding alight, who lived across the forest. 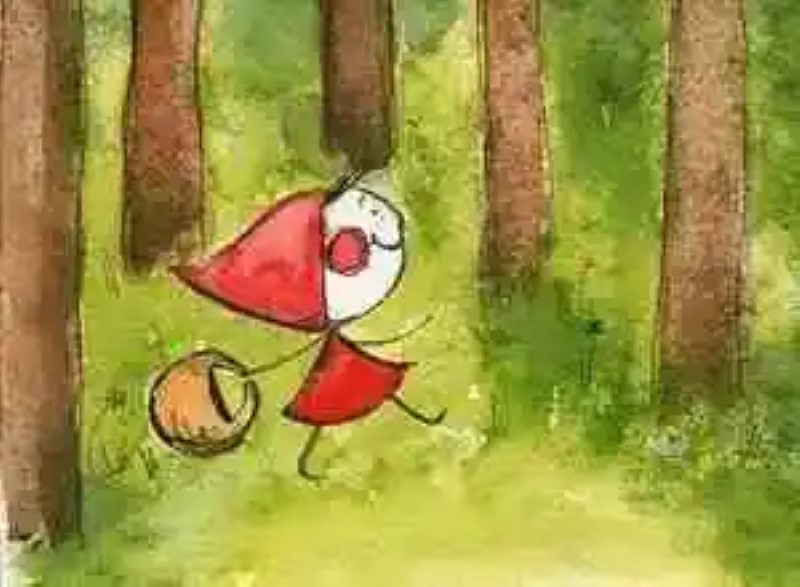 So he fateed some extra loaves and when he had finished them, he wrapped them and put them in a basket, asking the girl to go and take them to her granny.

► Things you didn’t know about Brad Pitt One of the most recognized actors of th...
► The ugliest dogs in the world In Nortamérica, the contests where canines d...
► The world’s largest baby The average weight ofa newborn baby is withi...

“You don’t talk to anyone in the forest,” his mother said.

“I will,” caperucita exclaimed.

With these indications Little Red Riding Hood set out on a trip to her grandmother’s house. However, on the way she met the bad wolf of the forest, but she did not know, and in her naivety, she was unaware that she was in danger.

– What does a girl do alone in the forest? You could be in danger, said the wolf

– Do you think? He said caperucita

– But don’t be afraid that I’m going to accompany you Where are you headed? He scelred the wolf

“I go to my granny’s house, but I must not speak to anyone,” caperucita.

” But I am no bad one, in fact, I have warned you of the dangers that you could run in the forest and I have offered to accompany you so that no one can hurt you.

But Mom warned me I could find someone bad

– You’re not implying that I’m a bad wolf, are you?

And in every conversation the girl had she found in suspicious attitudes and positions, because the wolf wanted to eat her. However, the girl followed her path alone, and the wolf ran as fast as she could and arrived at Granny’s house, pretending to be a little riding hood, and once inside, she devoured her, dressed grandma’s clothes and sheltered inside the bed waiting for caperucita to arrive.

And once Caperucita arrived, she knocked on the door.

Little Riding Hood came in, but noticed something was wrong with Granny, because it looked a little strange.

– Grandma, but what big eyes you have

– It’s to see you better

– Grandma, but what a big nose you have

– It’s to smell you better

– Grandma, but what a big mouth you have

And once that said, the wolf threw himself on the girl, opened her big jaws and devoured herself in one bite. And having devoured her, she felt sleepy and lay down to sleep.

However, just at that moment a hunter was passing by and heard like squeals. What happened was that the wolf had eaten whole to the granny and the girl and they were complaining in the wolf’s stomach.

The hunter noticed it and, although he was going to shoot the wolf in the stomach, he gave up doing so, and in return took a knife, opened the wolf’s belly, brought out the grandmother and Little Riding Hood safely and, in return, filled the animal’s stomach with stones from the place.

When the wolf awoke he felt heavy and slumped he left the place, unaware of what had happened. For her part,the women survived and the girl learned the lesson of not disobeying the orders of her elders, as well as not talking to strangers.

The smallest primate on the planet
Nature is very wise in its creation and sometimes conceives creatures that...
Fun facts about Justin Bieber
Born in Canada in 1994, this singer, actor and songwriter, known to his fa...
The Story Behind Mother Teresa of Calcutta
"He who does not live to serve, does not serve to live". The selfless...
Page of Wands Tarot Card Meaning
Symbology Named Page of Wands, this card occupies the eleventh position ...
Bibliography ►
Phoneia.com (August 14, 2019). The Tale of Little Red Riding Hood. Recovered from https://phoneia.com/en/curiosities/the-tale-of-little-red-riding-hood/

This article was published by Phoneia, originally published in and titled "The Tale of Little Red Riding Hood", along with 18987 other articles. It is an honor for me to have you visit me and read my other writings.
◄ Sagada’s hanging coffins
When the fridge or refrigerator didn’t exist: old cooling methods ►