The Temple of the Lotus of Bahaism

In the temple there are architectural wonders that we usually do not know. And a clear example of this is the Bahaism lotus temple, which receives more visitors than the Eiffel Tower or Taj Mahal itself.

The Temple of the Lotus of Bahaism
In the temple there are architectural wonders that we usually do not know. And a clear example of this is the Bahais... 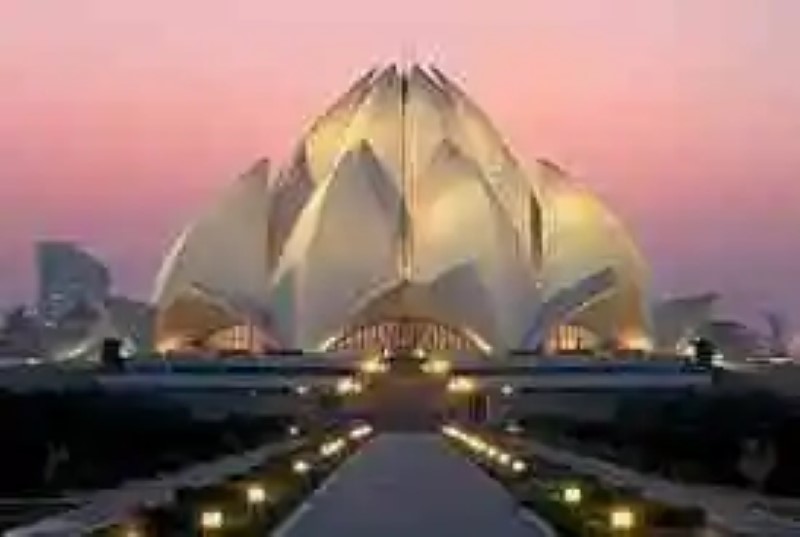 This magnificent work of modern architecture is inspired by the lotos, sacred flowers of India, is located in Delhi, India.It was built in 1986. It belongs to the religion of Bahaism which seeks the union of all humanity and all religions. For this reason all people are welcometo this wonderful temple, without distinction.

► The most beautiful natural parks in the world Planet Earth offers us impressive natural s...
► The Real Ghost Ship: The Legend of the “Queen Mary” A haunted luxury ship This huge Engl...
► Famous Hollywood murders Praised by fame and money, Hollywood stars a...

This architectural work is made of marble, cement and sand has been deserved by many architectural and artistic awards, annually visited by thousands and thousands of people among them many believers of Bahaism; this religion is monotheistic and follows the teachings Bahá’u’lláh, its prophet and founder, who is considered the Manifestation of God for these modern times.

The Iranian Fariborz Sabba was in charge of building this architectural marvel. Ardishír Rustampúr donated much of the money to make it possible to buy the land.

This wonderful temple has 9 doors that symbolize the diversity of human races and has a main hall with capacity for 2500 people, this large hall is intended solely and exclusively for meditation, although sometimes they also read the Sacred scriptures and delicate musical pieces typical of Indian can be heard.

Like most temples located in India it has its doors open to all kinds of people regardless of their belief.

Visits to this iconic Indian site surpass by thousands those made to the Taj Mahal and even the visits received by the Eiffel Tower in Paris. It is also renowned for its exquisite handcrafted decoration and great cultural value it gives to Hindu culture.

The Tarot Wizard´s Card Meaning: Kabbalah
The Wizard is the number one card of the Tarot's lesser arcane. On this oc...
4 films that were shot in Dubai
The city of skyscrapers in the middle of the desert - this is the common ...
The world’s most dangerous fish
Despite all the scientific and technological advances that humanity has co...
Euclid Biography
Euclid (325 BC- 265 BC). Scientist and Mathematician, of Greco-Roman origi...
Bibliography ►
Phoneia.com (July 27, 2019). The Temple of the Lotus of Bahaism. Recovered from https://phoneia.com/en/curiosities/the-temple-of-the-lotus-of-bahaism/

This article was published by Phoneia, originally published in and titled "The Temple of the Lotus of Bahaism", along with 18987 other articles. It is an honor for me to have you visit me and read my other writings.
◄ Erzebeth Bathory: The world’s most murderous woman
The true story of Frozen ►